Which Taxi Cabs Accept Credit Cards, And What If They Don’t?

In the modern world of online transactions and apple pay it is a fair question to ask your next taxi driver – do you accept credit cards.

Depending on where you are in the world the answer will vary, of course.

But it is becoming increasingly more common to see credit card and debit card machines in taxi cabs around the world.

Just going on what happens in most major cities this is what I have found.

Major Cities Around The World Where Taxis Accept Credit Cards

Taxis generally accept credit cards in NYC but have often been accused of trying to avoid allowing them through various scams.

It seems almost common knowledge now that taxis in Chicago have to accept credit card. It’s great to know that some cities have things sorted!

LA has a bill of rights for taxis which can help alleviate your concerns. They accept credit cards, albeit with a fee.

Nothing is ever certain in some European cities, but the city of love will in most cases accept your credit card.

German cities seem to widely accept credit cards and Frankfurt is no exception.

Zurich has a quite a well developed taxi service and Switzerland’s taxis usually accept credit cards.

In face of the ever-present challenge from Uber, London taxis are being forced to accept credit cards from October 2016.

Most taxis in Sydney accept credit cards, so usually you will be good to go hailing a cab downunder! 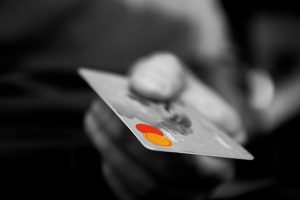 What To Do When Taxi Cabs Don’t Accept Credit Cards

You should always keep in mind that a taxi might not take credit card. That is what I believe and live by when I am traveling, and so far, all around the world, this has not gotten me into any trouble.

Here are my top 3 tips for staying out of trouble with taxis and the whole credit card problem:

Whether the city you are going to visit or on business it always pays to be prepared. And in this case that means having just a little cash on your when arriving or getting when you do.

Never rely on anything when traveling and always have a backup. You won’t be disappointed or ruin your trip if you do.