Things to do in Pokhara, Nepal

Backpacking through Asia is really becoming a rite of passage. This deeply cultural and sometimes mystical continent is teeming with locations waiting to be discovered, as well as destinations known the world over. There’s always something for everyone, but one particular location has gained a cult following on its own – Pokhara, Nepal. 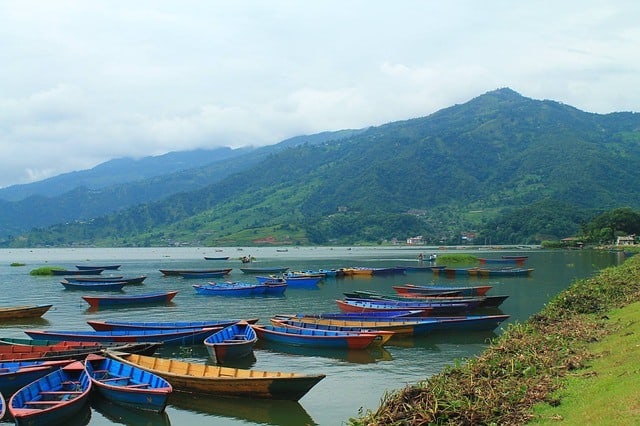 The allure of Pokhara lies within the perfect combination of leisure, adventure, and a stunning backdrop of the Annapurna of the Himalayas. The natural topography is lush and serene. This creates a great environment for lots of fun activities in Pokhara like walking, bungee jumping, white water rafting, paragliding and mountain biking. Or just spend some time relaxing and daydreaming while admiring the scenery.

It also serves as a popular gateway for trekking trails and expeditions to the Annapurna range, which offers such epics hikes as the Annapurna Circuit and the ABC (Annapurna Base Camp) treks.

Of course, the distance from Kathmandu to Pokhara by land is not short or easy, but there are short hop flights that can get you there in no time (and with epic views of the Himilaya). 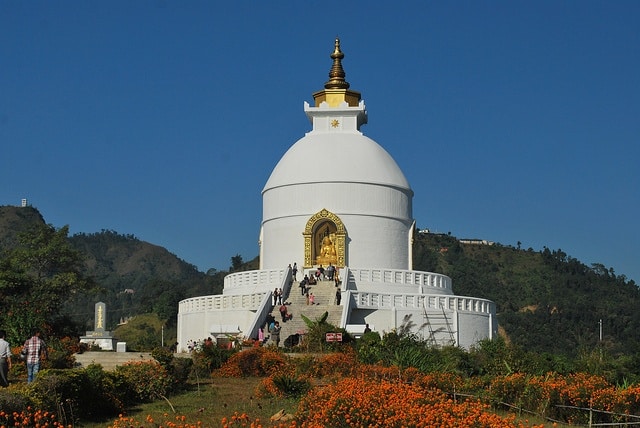 Steep steps lead to the World Peace Pagoda, which is also known as the Shanti Stupa. It was built to symbolize peace and prosperity and dedicated to the innocent lives lost during the world war.

The stupid sits on top of a hill, so it is one of the best places for panoramic views of Pokhara. Unless you decide to try paragliding in Pokhara, in which case, the views will be even better! 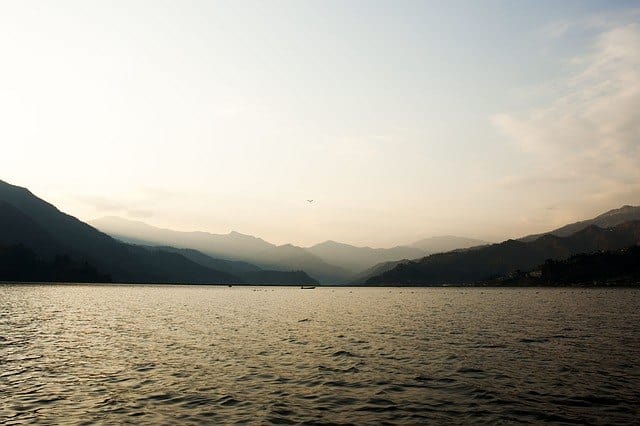 Phewa Lake is the second largest and deepest lake in Nepal. It is hugged by mountainous forests and is the number one destination for any dreamy traveler to Pokhara. It measures 1.5 by 4km, and ideal for sailing, rowing, or biking along the shore. On a clear day, the Annapurna is clearly reflected on the lake’s surface.

It is worth trying to get to the small island off the southeastern shore of Lake Phewa to see the Tal Barahi Temple. It is a stunning example of a two-tiered Hindu pagoda temple that is dedicated to the goddess Durga. You will probably need to take a boat to do it, but it’s worth the effort if you ask me.

The eastern shore called Baidam is usually where travelers stay. This is where most hotels, restaurants, and shops are located. Other destinations are Begnas and Rupa Lake, around an hour’s drive from Pokhara. The lakes are divided by Panchabhaiya Danda, which creates an extremely serene atmosphere due mostly to its seclusion. Boating and fishing are popular activities here. 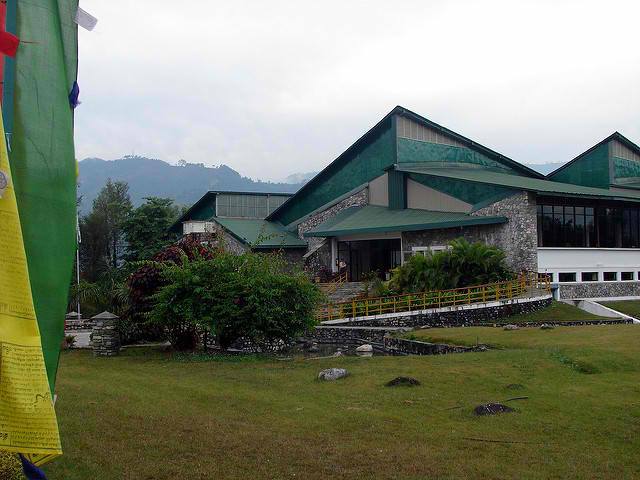 You will find all the information you will ever want about the Himalayas at the International Mountain Museum. For an entrance fee of 300 NPR or 3 USD, you see numerous displays of the history and culture of the Himalayas, including the original gear used during the first expedition to the mountains surrounding Nepal. There is also a scale model of Mt. Manaslu where you can try a bit of rock climbing. The Gurkha Memorial Museum is dedicated to the Gurkha regiment. The museum covers Gurkha history from the 19th-century Indian Uprising, through two World Wars to current-day Afghanistan. The souvenir shop also sells original military-issue Khukuri, a special Gurkha combat knife. The Pokhara Regional Musuem covers everything about Pokhara, from cultural identities to familial traditions. The museum was built to protect and preserve the slowly disappearing cultural traditions and ethnicities of Nepal. 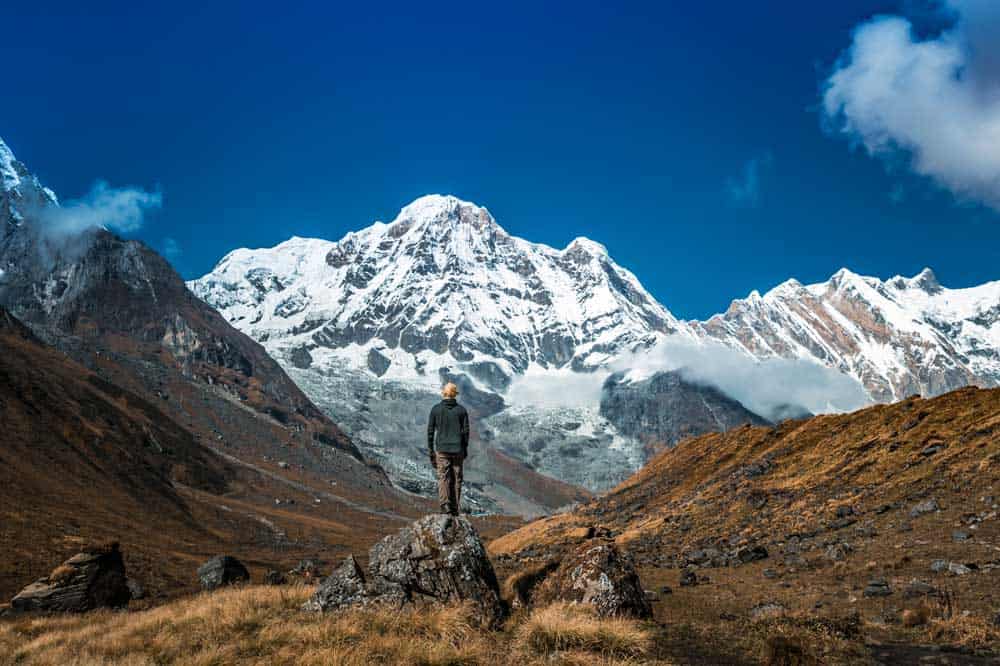 Being the gateway to the Annapurna means that Pokhara is known for many trekking adventures. The most popular attraction is Poon Hill, which is one of the most famous viewpoints in the world. Reaching the top means majestic and panoramic views of Pokhara and the Himalayas. For more intense expeditions, you can take the Annapurna Base Camp trek, Jomsom Muktinath trek, and Mardi Himal trek. For less experienced travelers, day hiking through the hills around Pokhara is a must. 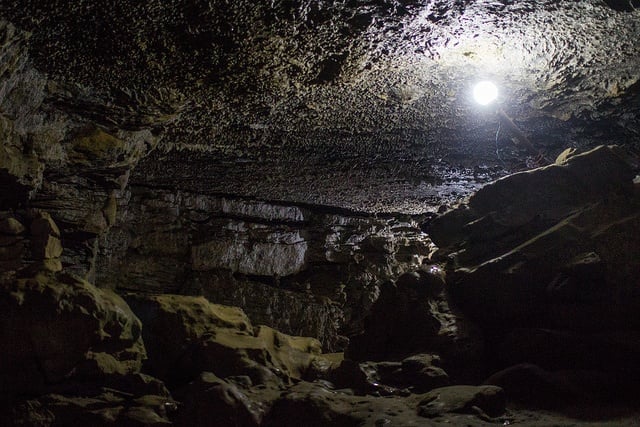 The Mahendra Cave is one of the most visited attractions in Pokhara. It is located in Batulechaur and named the Late King of Nepal Mahendra Bir Bikram Shah Dev. Here, visitors can go through the many tunnels, and observe the rich variety of rocks and limestone that make up the cave. Gupteshwar Gufa is a sacred cave that houses a Shiva Temple. The cave is dark, but beautiful and serene inside with an amazing view of the nearby waterfall. This shrine inside, the Shivalinga, is said to have healing powers which are the cave’s main attraction. Pokhara also has its own Bat Cave, simply named as such due to its inhabitants. Non-claustrophobic visitors will enjoy seeing thousands of bats living within the cave, with many tiny crevices and chutes to explore. 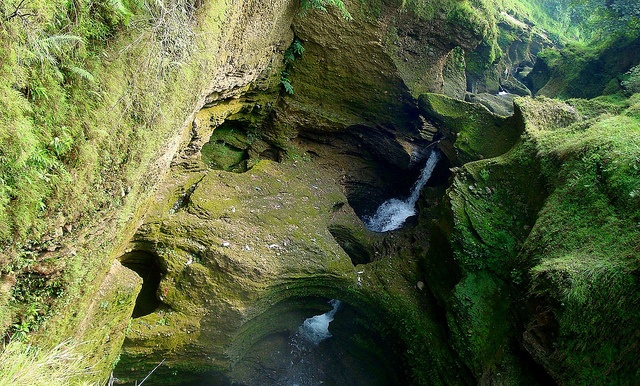 Davis Falls is named after a Swiss couple who was said to have drowned in its waters. Despite the morbid past, Davis Falls, also called Patale Chhango by the locals, is a gorgeous waterfall that forms an underground tunnel at the bottom of its height of 500 meters. The Seti River Gorge is the best place to watch the Seti River, a milky white river that can easily be accessible from the Old Pokhara near the Gurkha Museum. 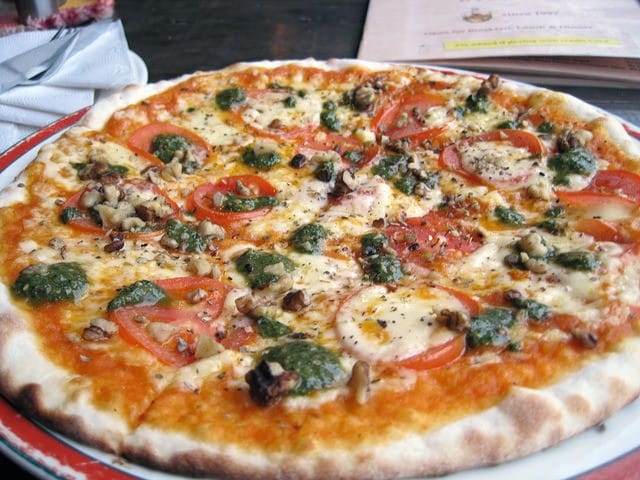 Nepal is home to some unique Asian flair, and Pokhara has some great restaurants that show off this cuisine and some fusions. Caffe Concerto is known for great pizzas and lemon meringue pie. It has a cozy ambiance amplified by jazz music and an open fireplace. Krishna’s Kitchen, on the other hand, serves simple but legendary Thai dishes. It is a garden restaurant at the north end of Phewa Tal, only 3 km from the lakeside.

The kinds of adventures to be had at Pokhara, Nepal are as diverse and vast as the mountain region around it. There is a whole lot more to discover in this culturally rich destination, and a trip to Pokhara will be both rewarding and inspirational.