What is Colombia Known For?

With conflict and civil unrest now buried in the past, Colombia has become a world-class destination for travelers. The people are friendly and welcoming and the year-round tropical climate is inviting.

So, what makes Colombia famous? The South American country has a plethora of landscapes to explore including Pacific and Caribbean coastlines, the high Andes Mountains, and lush rainforests. It is known for its unique cultural offerings in cities like Bogata and Cartagena, and some of the tastiest cuisine on the planet.

Before your dream trip, read about the top 15 things Colombia is known for. 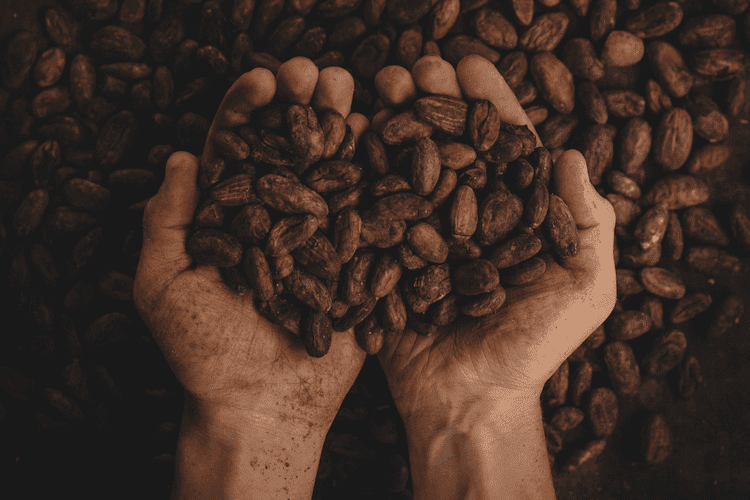 If you love a good cup of coffee, then you will know why it has made Colombia famous!

Colombian coffee is so famous, rich, and tasty it earns a spot at the top of things Colombia is known for. The rich, volcanic soil and weather conditions in the Colombian mountains help produce some of the world’s best coffee. Even if you’re not a coffee drinker, trying a cup is a must while traveling in Colombia. (You’ll also find some tasty Colombian coffee desserts.)

The Eje Cafetero (Coffee Zone) region is an especially good place to tour a coffee farm and learn how it’s cultivated from seed to cup. But you’ll find plenty of coffeehouses and shops all around the country.

One of the best ways to experience the Colombian culture is by attending one of their spirited festivals. Latin Americans love a celebration and will use any excuse to party. Chances are, you’ll be around for a Colombian carnival. A carnival is held once a year in every major Colombian city. The Medellin’s Flower Fair is held each year in August and features huge, bright blooms.

If you love dancing, head to the Barranquilla’s Carnival in February for dancing in the street among a parade of colorful floats. But the biggest and best is the Carnaval de Barranquilla that begins on the Saturday before Ash Wednesday and lasts for four days. The city of Barranquilla is on the Caribbean coast.

Colombia is famous for dancing! After all, they practically invented a lot of it.

It’s been a part of their culture for centuries. Popular dances include Cumbia, Merengue, Salsa, and more. Salsa dancing is the best known internationally, and some travelers come to the country for the sole purpose of learning it. Just be aware that the Salsa in Colombia is a little different to traditional Salsa.

Salsa music originated in Puerto Rico and Cuba and came to Colombia in the 1960s where it has remained wildly popular. If you want to take lessons, there are over 90 schools in Cali. Which is indeed the Salsa capital of the world, and the place of the annual World Salsa Festival. 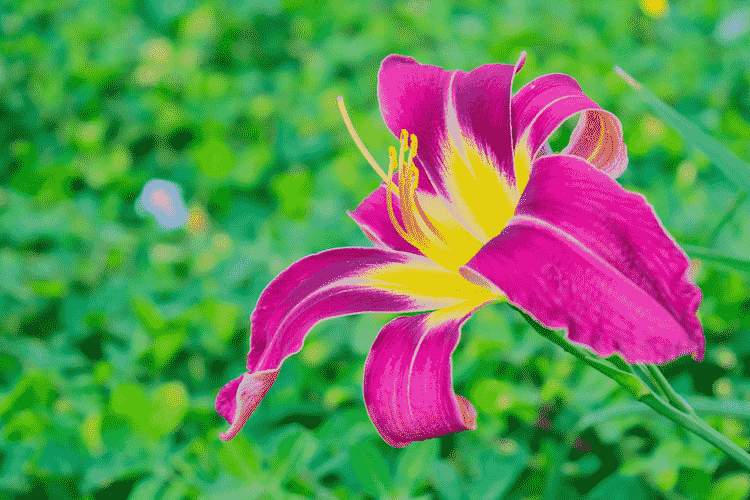 Colombia exports top-quality flowers such as hydrangeas and roses all around the world. However, the Colombians are the proudest of their exotic orchids. Almost one-third of the 4,000 species of orchids are only found in Colombia. The Cattleya Trianae Orchid is the national flower. White with purple spots, the colors of the Colombian flag, red, blue, and yellow are seen on the inside.

A visit to the culture-rich city of Cartegena is a must while traveling in Colombia, especially the walled Old Town. The preserved colonial architecture is amazing and features plazas, palaces, churches, and mansions with overhanging balconies and shaded patios.

Known as “the heroic city,” the Old Town is surrounded by seven miles of walls built by locals in the 17th century for protection from enemies. Today, the Old Town was even declared a UNESCO World Heritage site.

The best way to experience Cartegena is by strolling through the town to admire the architecture, browse the luxury stores, and dine in the restaurants. And you’ll want to hang around for the exciting nightlife.

South America has a lot of stunning National Parks. And they are always a good choice for discovering a country’s geology, flora, and fauna.

The best ones to visit in Colombia are Los Nevados National Park and Tayrona National Park, where there is great hiking.

Los Nevados is within the coffee-growing region. It features alpine tundra and six glaciers. The scenery on the ascent of Nevado del Ruiz Mountain is stunning. The first part of the journey is done by car. It’s a short climb to the top for more breathtaking views.

Tayrona is located in northern Colombia where the foothills of the Sierra Nevada de Santa Marta meet the Caribbean coast. The area was once home to several indigenous tribes, so you’ll want to hike to the Lost City to see the archeological ruins.

Hiking in the Andes 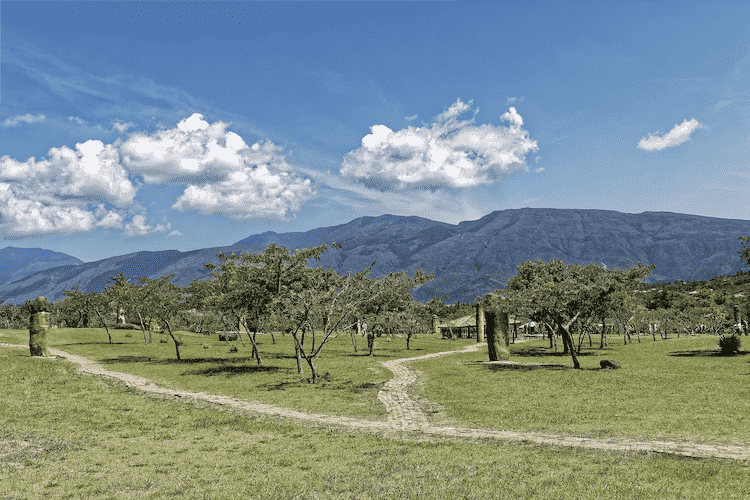 Hikers who visit Colombia will find several exciting hiking options in the Andes Mountains. It’s the world’s longest continental mountain range and has some of the highest peaks. The hikes range from short trails to multi-day treks.

The Cocora Valley is the most popular hiking destination. The 5-6 hour hike takes you through cloud forests, farmlands, and a hummingbird sanctuary. The trail ends in the valley of palms where you’ll find the world’s tallest palms.

Colombia is known for a lot of things, but probably not deserts? The Tatacoa Desert is actually a dry tropical forest that was full of lush vegetation and animals millions of years ago. Earth and rock have replaced the flora and fauna, but the rocky canyons create a colorful terrain.

The days are exceedingly hot, but you’ll find eco-friendly luxury hotels with pools for cooling off. The secluded location is perfect for stargazing after dark.

The River of Five Colors

Colombia is a colorful country from its festivals to its flowers, and the lively colors aren’t lost in nature. Nestled in the mountain ranges is one of Mother Nature’s most stunning creations, the Cano Cristales or the river of 5 Colors. From July to November, the river is a liquid rainbow of yellow, green, blue, black, and red hues.

A Cathedral Made of Salt

The Zipaquira Salt Cathedral is one of the most unusual oddities in Colombia and is a must-see. The one-of-a-kind religious site is an underground structure filled with marble and salt carved statues and a church. Built in 1954, it was voted as the country’s number one wonder. Make this a side trip from Bogata, the capital city, just an hour away. 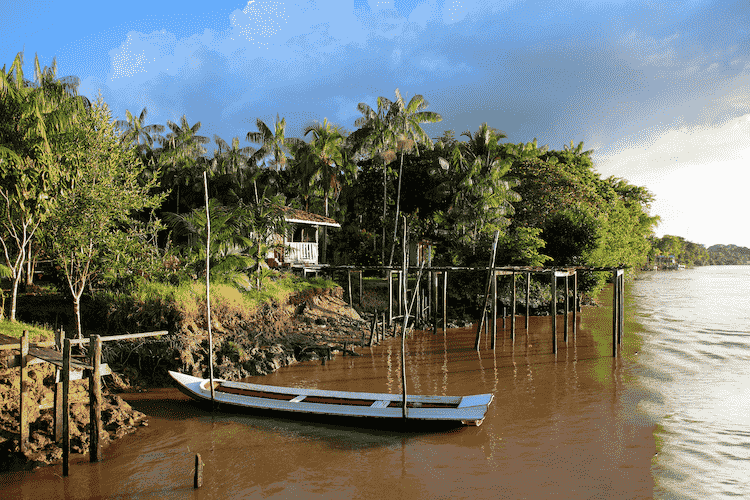 Almost a third of Colombia is a jungle region, so travelers who love to connect with nature will have a good chance. At 6,800 kilometers, the Colombian Amazon Rainforest is the longest jungle in the world. It’s home to 212 species of animals and 195 kinds of reptiles. The friendly little town of Leticia is a good place to experience it. The village is located on the border with Peru and Brazil.

Although the small island of San Andres is closer to Nicaragua, this popular Caribbean destination belongs to Colombia. It’s the perfect destination for a tropical getaway with crystal blue waters, stunning beaches, coral reefs, and coconut palms. Get ready for a dose of reggae music and pack walking shoes for shopping. It’s a duty-free zone and the flights from Colombia are cheap.

As mentioned before, Colombia has some of the most delicious cuisine in the world. The climate is suitable for growing crops all year, so fresh fruits and veggies are available for cooking. Some foods to try include the popular apres, which are pieces of fried or grilled cornmeal flatbread. You’ll find small ones served in restaurants and cheese-filled apres sold on the streets.

Bandeja Paisa is a huge platter of three types of meat (chorizo, chicharron, and steak), beans, rice, and potatoes served with a salad. Other traditional dishes to try include soups called Ajiaco and Sancocho. 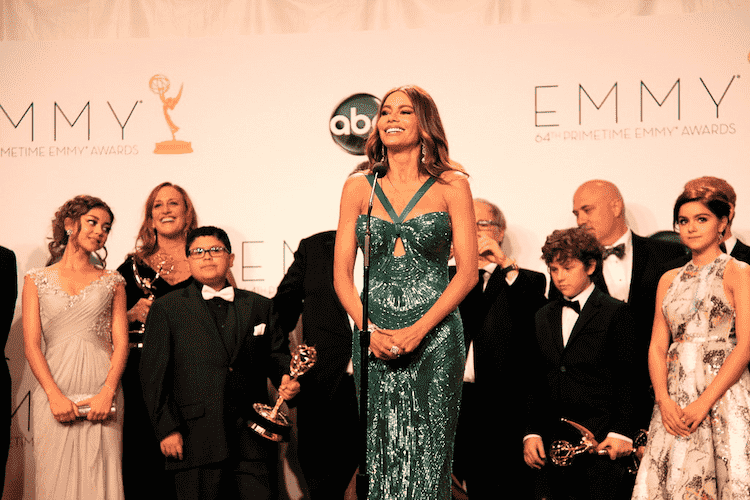 Colombia is home to a few names you’re sure to recognize. The beautiful and talented singer and dancer Shakira hails from Colombia. So does gorgeous Sofia Vergara, a continuing judge on America’s Got Talent and the highest-paid television actress from 2013-2020.

If you are into literature, you might know Gabriel Garcia Marquez who is one of the most noteworthy authors from the 20th Century and also a Nobel Prize winner!

Colombia also has some world-famous artists like Shakira. J Balvin from Medellin is also a top Latin American singer, and Fernando Botero is famous around the world for his exaggerated sculptures.

The infamous Pablo Escobar was a notorious drug lord responsible for thousands of deaths. Be sure not to bring up his name in conversations with the locals.

Medical tourism is a booming business in Columbia. People come here from around the world for affordable plastic surgery. If you want to combine your trip with a little nick and tuck, Medellin and Cali are the places to go.

Most of the middle and upper-class women who live here have had some sort of procedure. Dentists say you can get a full set of veneers for the price of one tooth in the United States.