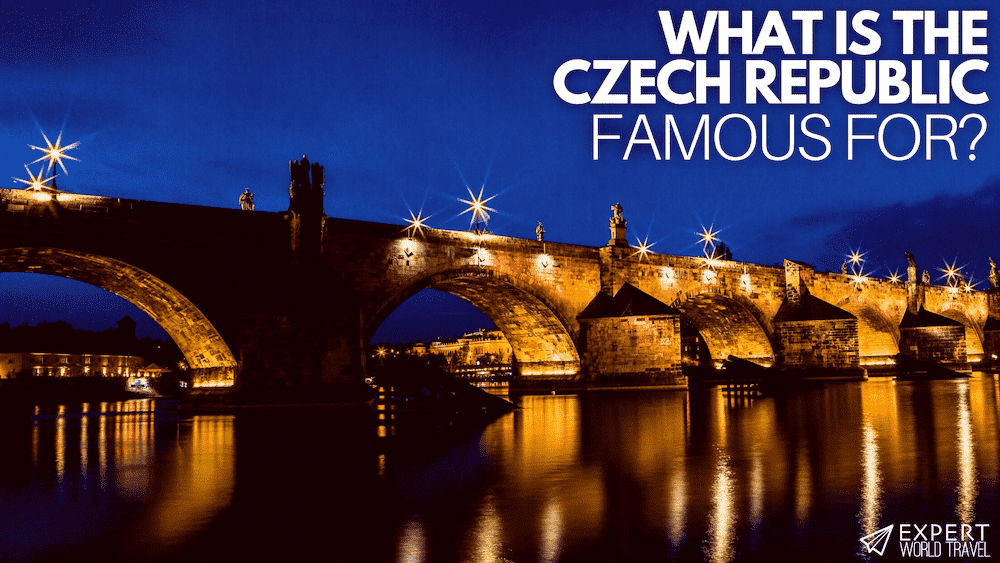 What Is Czech Republic Famous For: Castles, Hot Springs & Freud

What’s first thing that pops into your mind when you think of the Czech Republic? For most people it’s either beer, Slavic culture or just Prague. Those might be the top three things that Czechia is famous for, but there’s a lot more to this gorgeous European country.

Czechia is home to spectacular national parks, an abundance of hot springs and some incredibly weird venues. There’s a bar where robotic hands prepare your drinks and a church that is decorated entirely with human bones. Also, there’s quite a lot of Gothic architecture throughout the country – maybe even too much, depending on who you ask.

I’ve already told you about 4-5 different things and I haven’t even begun to cover what Czechia is known for! Read on to learn about other famous sights, people and cities that make the Czech Republic so popular with tourists. 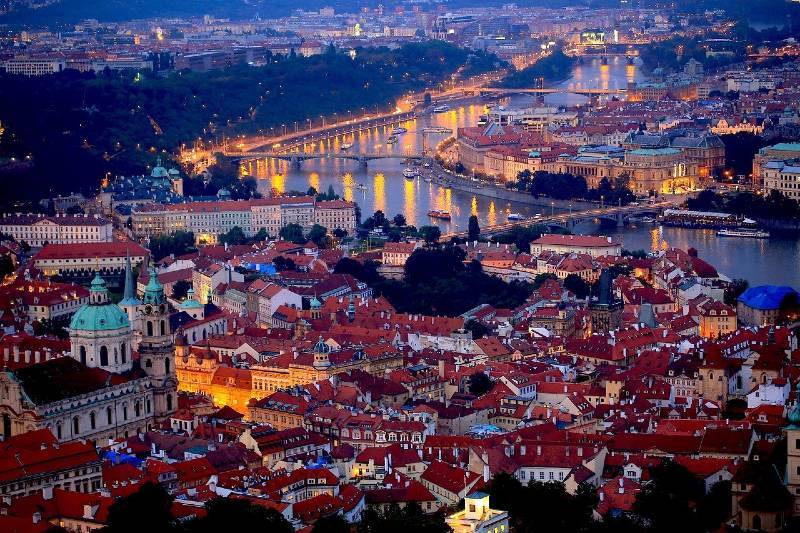 The country’s capital city is easily the most famous thing about it, and for very good reason. Prague is a gorgeous city with beautiful Gothic architecture, a wild nightlife and a charming old town. It’s also full of weird and interesting sights like the Sex Machines Museum, the bar where robots serve you drinks and the nightclub that is housed in an old church.

Prague is also home of the largest castle in the world, as well as the oldest astronomical clock that still works. It is a gorgeous city split by the vast Vltava river, which offers plenty of opportunities for scenic cruises. And whether you’re more into partying or history lessons, you can have a blast in Prague! 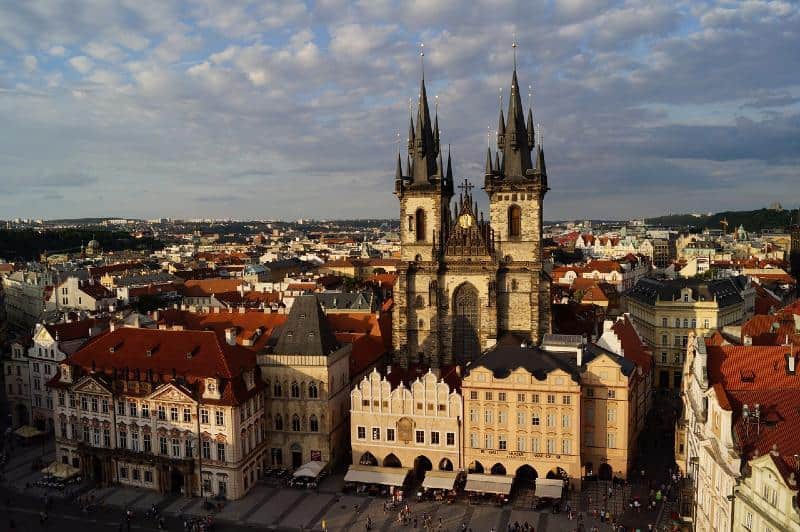 The Czech Republic is well known for the abundance of Gothic architecture throughout the country. Prague in particular has quite a lot of churches that were built in the Gothic style and they are all surprisingly well preserved. It’s a matter of personal taste whether you find the tall, black towers charming or an eye sore, but it’s undeniable that they all look impressive considering just how old they are.

Kutna Hora is a city east of Prague that practically everyone has heard of by now. And if the name of the city doesn’t sound that familiar, I’ll ask you this – have you hear of that church that’s decorated entirely with human bones? It’s in Kutna Hora, and the morbidity of the situation is the main reason why this city is so famous.

Sedlec Ossuary is the name of the most bizarre church in the Czech Republic – and wider – which boasts garlands of human skulls and a bone chandelier. And there’s lots of other human bones throughout the church including a chalice made from bones, as well as a variety of decorations on the walls.

If you love the weird and morbid, you’re bound to enjoy a trip to Kutna Hora. But if you’re not a fan of the bizarre, it’s probably best to stay away – it’s not really a warm and fuzzy feeling when you’re surrounded by the remains of your species.

The upside is that there’s a few other things to see and do in this city. Its historic center is considered a UNESCO World Heritage with lots of interesting monuments. And Kutna Hora is only about an hour away from Prague, so it’s certainly an interesting day trip! 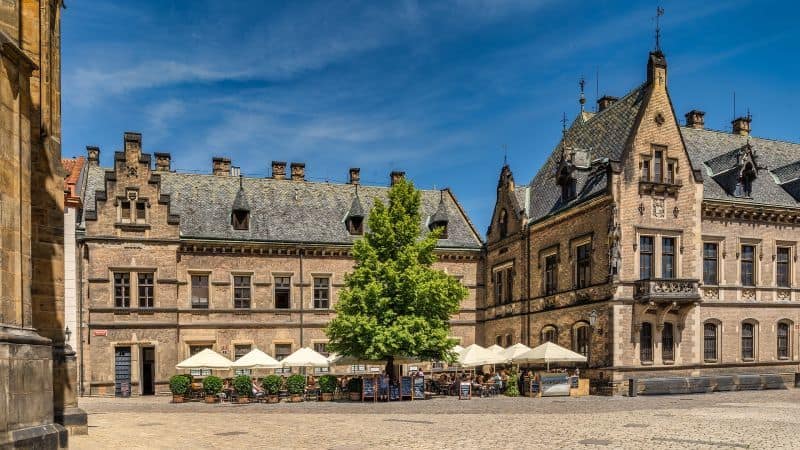 Prague is often dubbed the castle capital of the world. And that’s expected the country’s capital is the home to the largest ancient castle in the world, but it’s certainly not the only impressive castle in the country. There are more than 2,000 castles throughout the country, so no matter which part of Czech Republic you’re in, there should be a nice piece of history nearby.

The Karlštejn Castle in the Bohemia region is another popular site with tourists. Its location is amazing – the castle sits above the town of Karlštejn, offering extraordinary views of the scenery and the houses below.

There’s also the Český Krumlov Castle that dates back to the 13th century. This is the second most visited castle in the country, right after Prague Castle.

Even if you’re not that familiar with the culture and tradition of the people who live in this country, there’s at least one Czech that you’re familiar with – Sigmund Freud. Well he’s technically not a Czech but an Austrian rather, but the famous neurologist was born on the territory of modern day Czech Republic. At the time when Freud was born this territory was under control of the Austro-Hungarian empire, hence his Austrian nationality.

Sigmund Freud is one of the most famous figures in modern psychology thanks to his invention of psychoanalysis. He has coined and defined terms that are widely used in psychology today, like Oedipus complex and the notion of id, ego and super ego. His analyses of psychosexual development made us all uncomfortable at a certain point in high school, but also helped us realize that there’s a reason why some of can’t seem to stop biting our fingernails!

And even if you hadn’t studied Freud at all in school (which is highly unlikely), I’m betting you at the very least saw the trailer for the new series on Netflix. Well, now you know that the famous Austrian was actually born in modern-day Příbor, in the Moravia region of the Czech Republic. 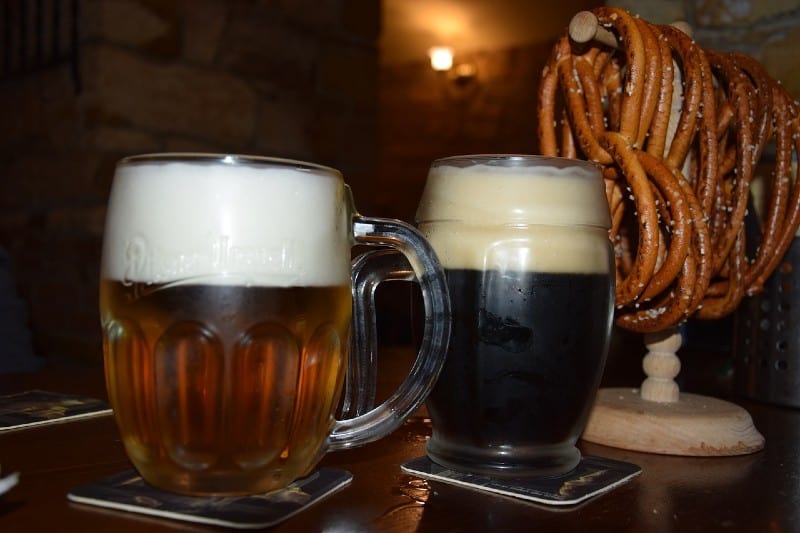 Czech Republic remains the country with the highest beer consumption per capita in the world, so it’s safe to say that beer is one of the things that it’s famous for. And not just for the incredible amounts of beer that are consumed in this country annually – Czhecia is also one of the top five beer exporters in Europe.

You can find gems like Staropramen, Krusovice, Pilsner Urquell and Budweiser all over Europe, and they tend to be the go-to choices for most people. The beer culture is pretty big in the country, so don’t hesitate to try out the offer on the tap when you visit!

The Czech Repulic is one of the countries in the world where non-religious people are the majority. Some 40% of the population is atheist, while about 15% remain undeclared or undecided. It’s an interesting fact, especially considering just how many churches and cathedrals there are all over the country.

But it might have something to do with the copious amounts of beer the people there consume. It’s not so easy to be spiritual when you’re waking up with a brutal hangover at least once a week! 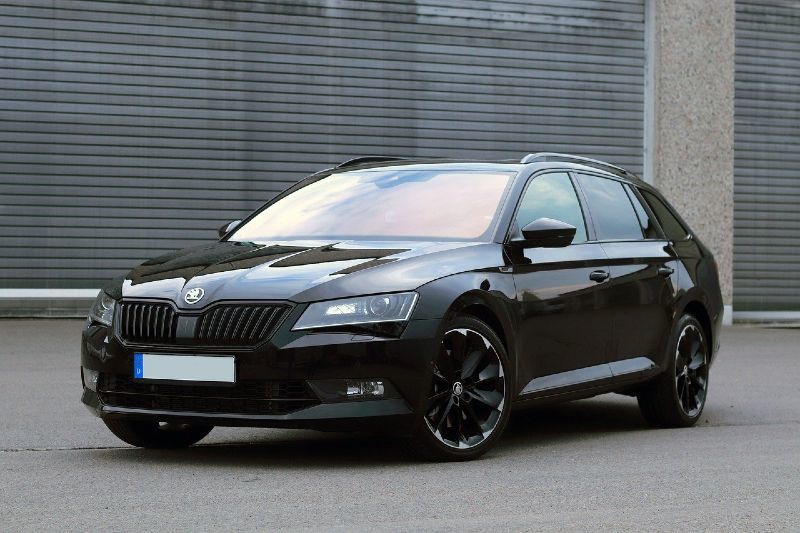 Does that phrase sound familiar? In case you know it but can’t quite place, I’ll help – it’s the slogan of Škoda, the car manufacturer from Czech Republic. Škoda mostly makes affordable family cars, and they sell quite a lot of then in Europe, largely because they’re a subsidiary of the VW group. Unfortunately, many of the Škoda cars were also affected by the Volkswagen emission cheating scandal.

Their company was bought by Škoda Works after World War I, after which they started producing more and more different car models. By 1938, Škoda would occupy a 38% of the automobile market in Czechia. They’re not quite as ubiquitous nowadays and their cars are often criticized to be just cheaper versions of the popular VW models. But that’s the beauty of it – you get pretty much the same power and performance you’d get out of the pricier German car, but for less money.

Miloš Forman is another famous person who was born in the Czech Republic. This popular director rose to prominence in his home country before emigrating to Hollywood and wowing the industry there.

Not familiar with the name? Well, you’ve certainly heard of the movies he’s directed – does One Flew Over the Cuckoo’s Nest ring a bell? What about the popular, anti-war musical Hair? Other famous films from this director include Ragtime, Amadeus, Man on the Moon, The People Vs. Larry Flint and Valmont.

Forman’s greatness didn’t go unnoticed among the crowds. His movies won 13 Academy Awards, two of which Foreman himself won for best director. He also received dozens of nominations at international film festivals and won most of those. 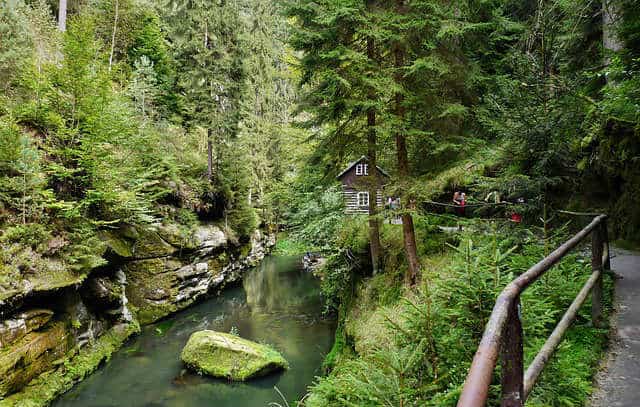 Stunning nature, exceptional hiking trails and mesmerizing natural wonders might not be the first things that pop into mind when you think of Czechia, but they’re a big part of the country. There are four main national parks in Czechia that cover over than 1,000 square kilometers of land, with ample opportunities for exploration and adventures.

The largest national park in Czechia is Šumava near the southern border with Germany. With eight glacial lakes, dozens of nature trail and hundreds of kilometers of cycling trails, it’s easily the best place for all outdoor adventurers. This NP is also home to lots of rare species like the Eurasian Lynx, the black stork and the capercaillie, making it a great spot for people who enjoy animal watching as well.

Another beautiful NP in Czechia is Bohemian Switzerland in the north-west. It is perhaps the most picturesque region of country, with stunning mountain views, unique sandstone rocks and rich beech forests. If you want to be wowed by spectacular views while hiking and get the opportunity to see some rare animal species, this is the NP to visit in Czechia.

A Blend Of East And West

The Slavic heritage of the Czech Republic plays a big role in this. Most people just group the Slavic countries together, and for them Czechia is undeniably Eastern Europe. But when you ask someone who lives in the country, they’ll almost certainly say they live in Central Europe. If you just look at the map, you can see that the latter group actually has a point.

The Czech Republic is a great blend of both cultures. Its traditions are more similar to those of Eastern Europe, as it draws its roots from the Slavic culture. This includes traditional foods, music, language and costumes, but that’s where the similarities stop. Czechia is just as developed as the rest of Central Europe, with high exports, excellent public transportation and great roads. I mean, Prague has a bar where robotic hands mix and serve drinks – does that really scream Eastern Europe to anyone? 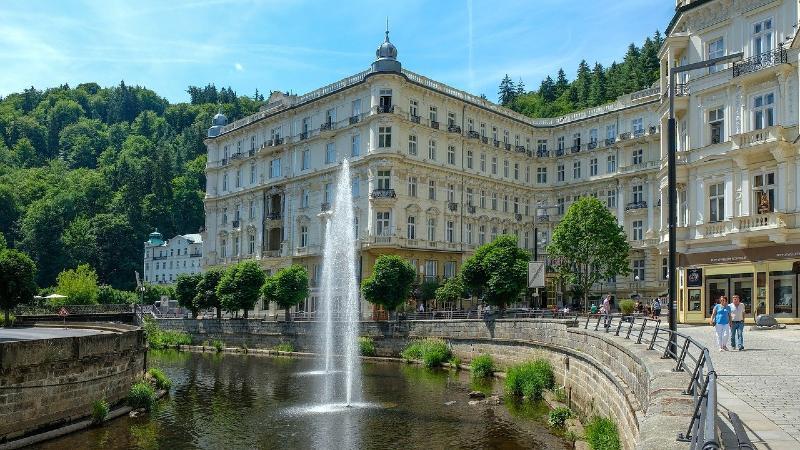 If you’re into spa tourism, Cezchia is a great destination with three declared spa towns. Karlovy Vary, Marianske Lázně and Franstiskovy Lázně are where you will find most geysers and springs in the country, and they’ve all capitalized on that fact.

Take Karlovy Vary as an example – the town is about an hour and a half away from Prague, so it’s easy to visit it on a day trip from Czechia’s capital. And it has numerous thermal springs that have been attracting tourists for centuries, despite it being smaller and less interesting than Prague. There are 15 springs total scattered around the city and they all have different healing properties. Also, I must point out that this town is incredibly beautiful with its colonnades, parks and churches.

Mariánské Lázně is just south of Karlovy Vary, and it’s another town you can visit on a day trip from Prague. It features about 40 different springs throughout the town, as well as an abundance of spas, pretty colonnades, pavilions and perhaps too many hotels. The local springs can help with a variety of different illnesses from respiratory issues to metabolic problems, so they’re definitely worth it if you’re trying to improve your health.