What Is Barcelona Famous For: From Football To Architecture

Barcelona is the capital of Catalonia region, as well as the second most populous municipality in entire Spain. The city is extremely popular with tourists – not just because it’s one of the two major hubs in this country, but because it has so much to offer. The culture and people in Catalonia are quite different from the rest of Spain, and this is something you have to experience to understand.

Also, Barcelona has something that the country’s capital just can’t compete with – no, I’m not talking about Lionel Messi. I am talking about exceptional sandy beaches that make you want to spend every single minute of the day under the sun.

From the legendary Antoni Gaudi to the Spanish Grand Prix – here are all the things that Barcelona is most famous for! 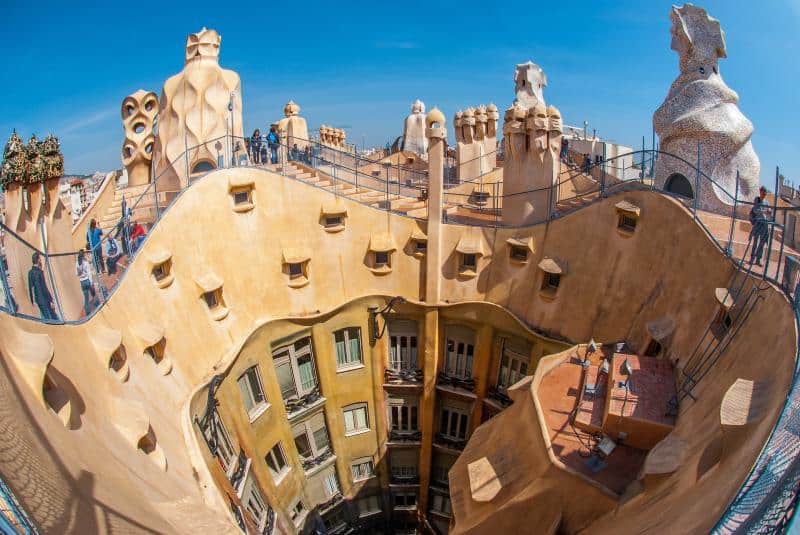 Gaudi is probably the most famous Spanish architect ever, and the majority of his best known architectural works are right there in Barcelona. Everyone knows about his largest and most impressive work, La Sagrada Familia, but I’m not going to dwell too much on the famous Barcelona Basilica here since it definitely deserves its own section.

Casa Milà, also known as La Pedrera, is another one of his famous works, and for some reason it reminds me of that weird, out of place building in Prague. The wavy look is certainly unique and eye-catching, but it was quite controversial in the early days of the building.

There’s also Casa Batlló, which lets us notice a pattern in the designs of this icon – not that many straight lines in either of the buildings, are there? Just like Casa Milà, this Casa Batlló was controversial in its early days but is officially a UNESCO World Heritage Site today.

Park Güell, a little further out of the city centre, is also worth a visit. Not so much for any grandiose structure, but the same style Gaudi is used throughout Park Güell. Just like the other famous buildings mentioned above.

And that might be the greatest thing about Antoni Gaudi – the true geniuses are so ahead of their times that they’re usually not understood. 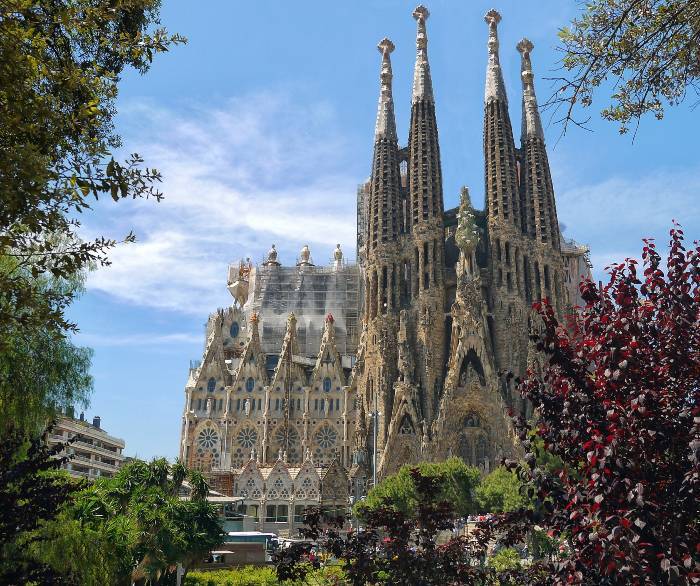 Of course, Barcelona is famous for La Sagrada Familia. It is the most famous work of Antoni Gaudi and it’s probably the most famous building in all of Spain, so you should definitely see it even if you only have one day to explore Barcelona. The iconic cathedral is perhaps best known for the fact that it’s unfinished – its construction progressed slowly throughout the decades but was eventually interrupted by the Spanish civil war.

The construction of the church was started under architect Francisco de Paula del Villar, but he resigned just a year into the project. Gaudi took over in 1883, and spend the remainder of his career and life focused on the Basilica. At the time of Gaudi’s death, which happened some 40 years into the project, only a quarter of the Basilica had been finished. Antoni Gaudi was alive only for a small period of the church construction, but his remains are kept in the crypt of the building to which he devoted such a big part of his life.

What’s even more interesting – at least to me – is that Sagrada Familia still isn’t finished and it won’t be until 2026, at the very least. That’s what the current team is hoping for, but with the current situation in the world (in 2020), who knows?! 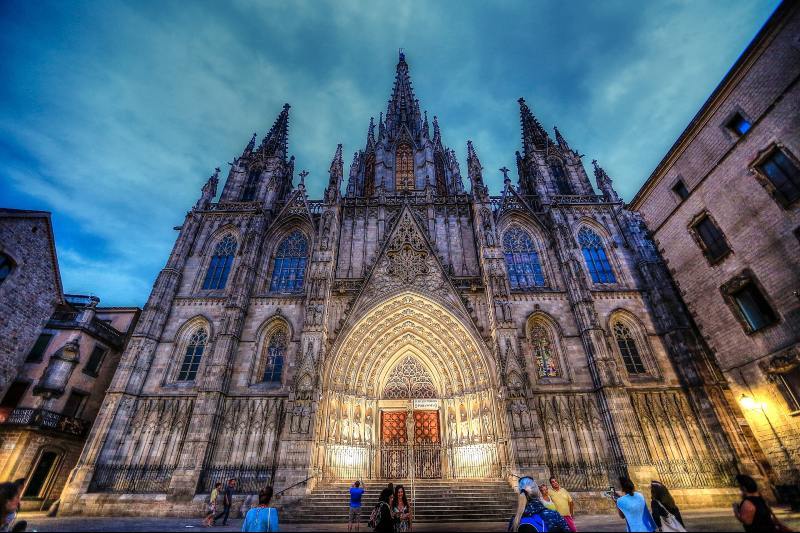 The Gothic Quarter is Barcelona’s historic city center that is full of reminders that the city was once thoroughly Roman. Here you can see remains of Roman temples, various Roman and medieval walls, and of course the ruins of Plaça del Rei. And there’s even a George Orwell square that boasts a sculpture dedicated to the famous novelist.

But the Gothic Quarter isn’t just about the history of Roman Barcelona. It’s more likely that the historic center of Barcelona is swarming with tourists because of the excellent bars, restaurants and cafes, than to think they’re all there for the history lesson.

The narrow streets also look amazing in photographs, making this part of the city exceptionally photogenic. Also, all the Gothic churches in this area are very impressive, but I would recommend going to see them before you pass La Sagrada Familia. They’re much more interesting if you can’t yet compare them to Barcelona’s crown jewel. 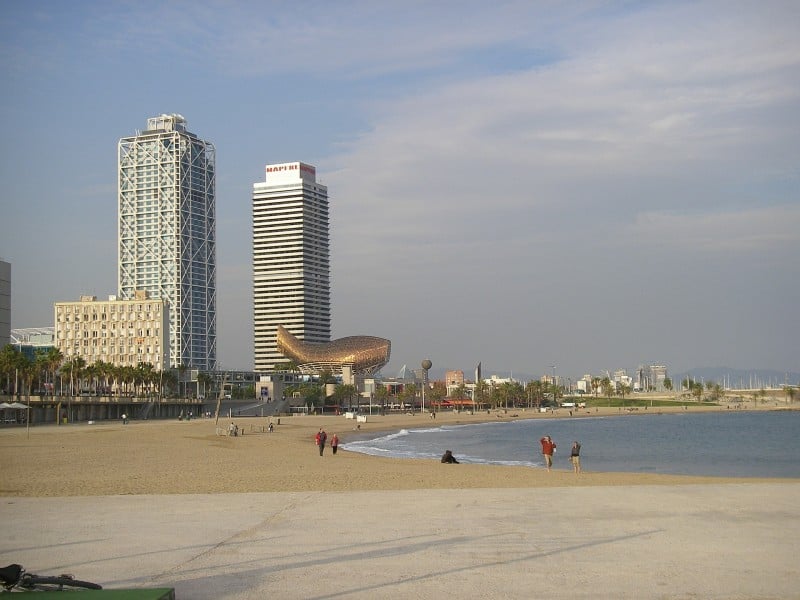 Another thing Barcelona is famous for is it’s white sandy beaches, which are easily accessible from the city centre. The city lies on the coast of the Mediterranean Sea, and practically the entire south-east coast of Barcelona is just beaches. The warm climate means that there’s rarely a bad time to go out and enjoy the beach life – it’s possible to swim comfortably even in October, thanks to the high sea temperatures.

Beach culture is a thing in Barcelona and there are a few different takes on what the perfect day on the beach should look like. The beaches closer to the city center tend to be more active and crowded, usually full of younger people who want to have fun and party. On the other hand, if you go to the northern beaches that are further away from the city center, you’re more likely to encounter a peaceful environment of fishermen. 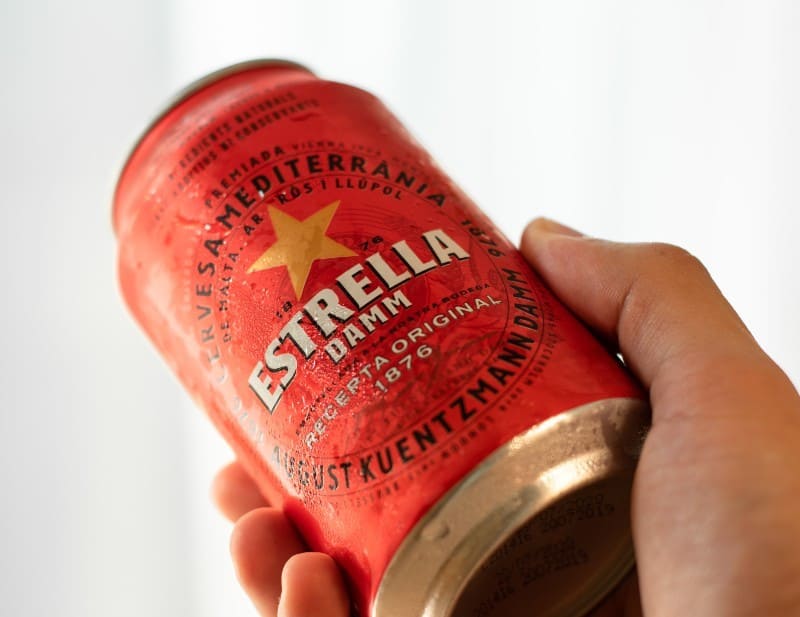 Estrella Damm is a type of lager beer that is brewed in Barcelona. It is the oldest brand of beer in Spain, and it’s very popular around the country. If you order a beer in Barcelona, you’re most likely to get a pint of Estrella Damm. It’s not to be confused with Estrella Galicia – that’s also a Spanish beer but it’s a completely different brand from Estrella Damm.

The popular Catalan beer has existed since the late 19th century when August Küntzmann Damm founded a brewery in the city of Barcelona – hence the name. And Estrella means star in both Spanish and Catalan, hence the logo.

You don’t have to go to Barcelona to try their staple beer. It’s available in many countries all over the world, since it’s one of the major Catalan exports. Estrella Damm is available in most European countries, but also in the US, Taiwan, South Korea and countries of South America.

I’m sure most of you have eaten some tapas in your lifetime, but I doubt it would compare to what you can find in Barcelona. The Patatas Baravas (almost brave potatoes is the direct translation), is quite incredible, to say the least. I have no idea how they make potatoes taste so good, I mean, it’s a potato.

But, potatoes aren’t the only thing on the menu, they are just the side dish. The steaks are out of this world, they actually melt in your mouth and you get to confirm the meat looks good before it gets cooked. A charming waiter will bring it out so you can confirm that it’s up to standard. It’s best to just say yes unless you’re a meat connoisseur and know what you’re talking about.

Being by the sea, you might want to leave the meat and potatoes behind and try out some of the seafood tapas on offer. There are hundreds of tapas bars around the city but with a little research, it’s easy to find the best ones. 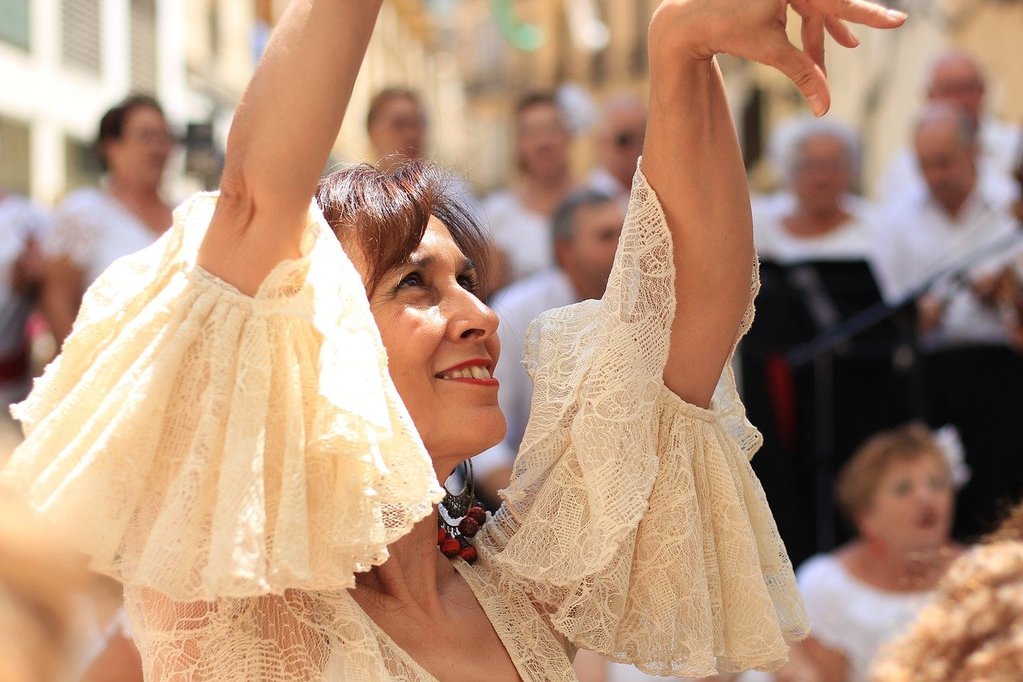 You might think that flamenco dancing has been gracing the city of Barcelona for centuries, but it’s actually quite new when you throw it into the mix of its long history. Flamenco arrived in Barcelona along with the Andalusians back in the early 20th century and all of sudden, flamenco shows began to pop up all around Barcelona’s streets and theatres.

Today, Barcelona is number three on the Falemco list in Spain, topped by Madrid and of course, Andalusia. There are numerous places to go and watch a live flamenco show in Barcelona, the largest being the Palacio del Flamenco. I’d recommend going to the Palau de la Música Catalana as you get some amazing architecture with your show. The Palau de la Música Catalana is a UNESCO World Heritage Site and is quite spectacular to be in, let alone watch flamenco in.

If you want an up-close, traditional, local flamenco show, head to the restaurants Tablao Cordobés or Tablao de Carmen. Both of them have a flamenco stage where you watch dancers strut around while you’re having a few drinks and some tasty tapas. 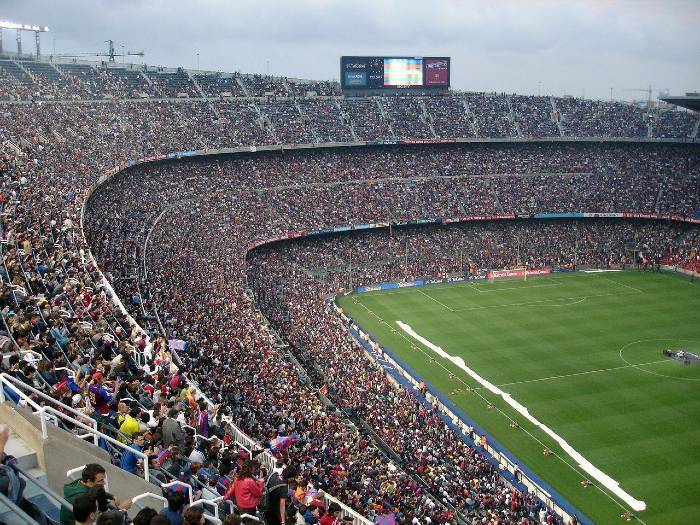 Barcelona city has one of the best football teams in the world. Some would say that FC Barcelona is THE best, but we don’t like taking sides in those matters. But there’s no doubt that Camp Nou stadium is one of the best-known football stadiums in the entire world, and that the match between Barça and Real is the reason for long-time friendships to come to an end. And don’t even get me started on the whole Messi vs. Ronaldo debate.

FC Barcelona has produced some of the best (and highest paid) football players in the entire world. And 2020 has only gone to make them even more famous, putting the talented players in the center of a controversy over salary reductions. Messi not showing up for practice in June and publicly arguing with the team leadership had Barça fans on the edge for the better part of the year, but thankfully things are set to end on a happier note. 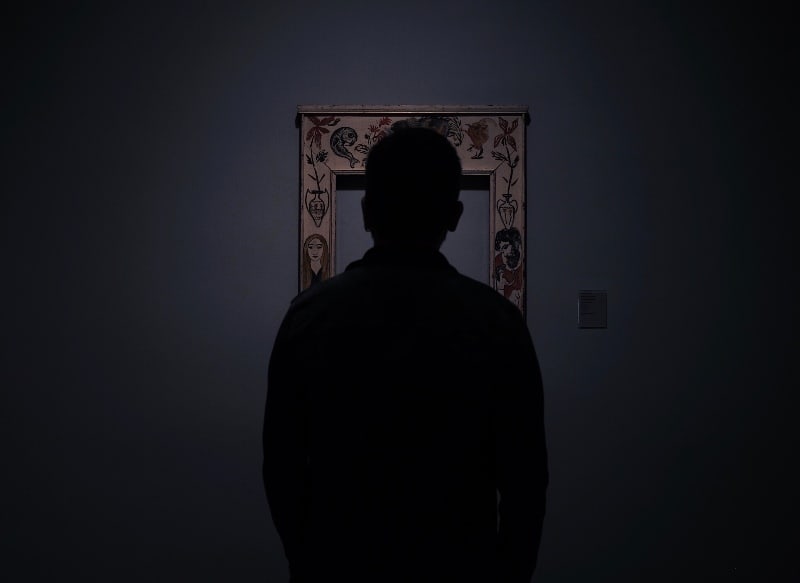 Pablo Picasso was without a doubt one of the greatest artists of all time. He is widely regarded as one of the most influential artists of the 20th century – after all, he did co-found the cubist movement and invent constructed sculpture and collage. Picasso spent about a decade of his life living in Barcelona, and it was allegedly his idea to open up this museum.

Museu Picasso in Barcelona has one of the most extensive collections of Picasso’s works. When it was first opened it got a donation of a little over 570 works, but nowadays that collection has grown to more than 3000 works of art, including paintings and sculptures. The most famous works housed in this museum are ‘Woman with Bonnet’, ‘The First Communion’ and ‘Science & Charity’. 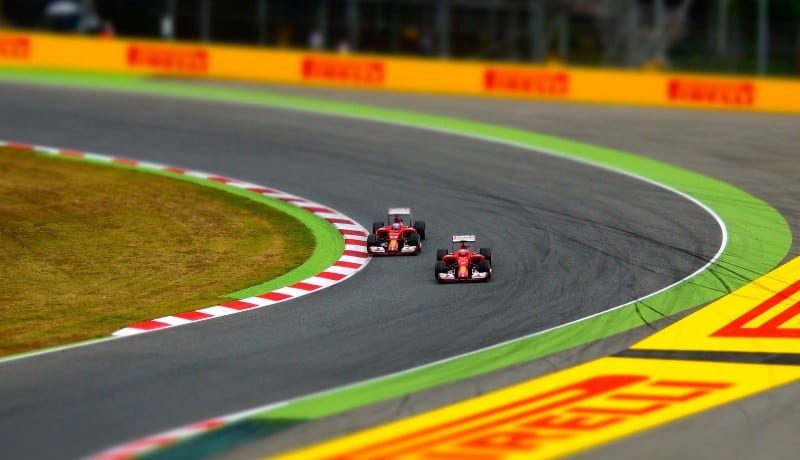 The Spanish Grand Prix is another thing that makes Barcelona famous! It is one of the oldest races in Formula 1 history, and throughout the years it was held at different venues. Even in recent history the GP was supposed to alternate between Barcelona and Valencia every year, but due to financial reasons, Valencia had to drop out. Therefore, Circuit de Barcelona-Catalunya remains the official track of the Spanish Grand Prix.

The track is not necessarily loved among the fans since the races tend to be predictable without too many opportunities for overtakes. And that’s despite the extra laps that we get on shorter tracks like this one. This year marks Hamilton’s fourth Spanish GP win in a row, which pretty much says it all.

It might not be as glamorous as the Monaco track or as thrilling as the Imola track, but let’s not forget that not that many countries have an honor to host a Formula 1 race. And for Spanish-born drivers like Sainz and Alonso, this GP will always be special. If you’re ever in Barcelona during the race weekend, I would highly recommend trying to get some tickets. Attending an F1 race is not something everyone gets the opportunity to do, and it’s an experience you’re unlikely to forget.