India is well known for its mountains – who hasn’t heard of the Himilayas after all? Although the north of India might be home to the countries tallest mountains (and even the world’s), there are in fact some spectacular mountains (and hills) scattered around the entire country.

Overall, India’s mountains really do have something to offer everyone: from death-defying summits of some of the world’s tallest peaks to treks around mountain glaciers to strolls around luscious mountainsides – you can take your pick! Here’s a quick summary of our top ten mountains in India – enjoy.

We’re starting off our list with the highest mountain in India (and the third-highest in the world), Kangchenjunga. This mighty mountain sits on the border of India and Nepal and is an impressive 8,586 meters tall.

The name itself translates to ‘Five Treasures of the Great Snow’ in reference to its five summits, four of which are above 8,000 meters. However, it also goes by the nickname the ‘Queen of the mountains. Reaching any of its peaks is a treacherous affair, with serious avalanches and bad weather hitting this area hard.

It features two peaks, the taller of which is now known to be the 23rd highest in the world. This taller eastern peak is named after Goddess Nanda (and translates to ‘Bliss-Giving-Godess’) and is thought to be the home of Lord Shiva, hence the mountain is of high religious significance. 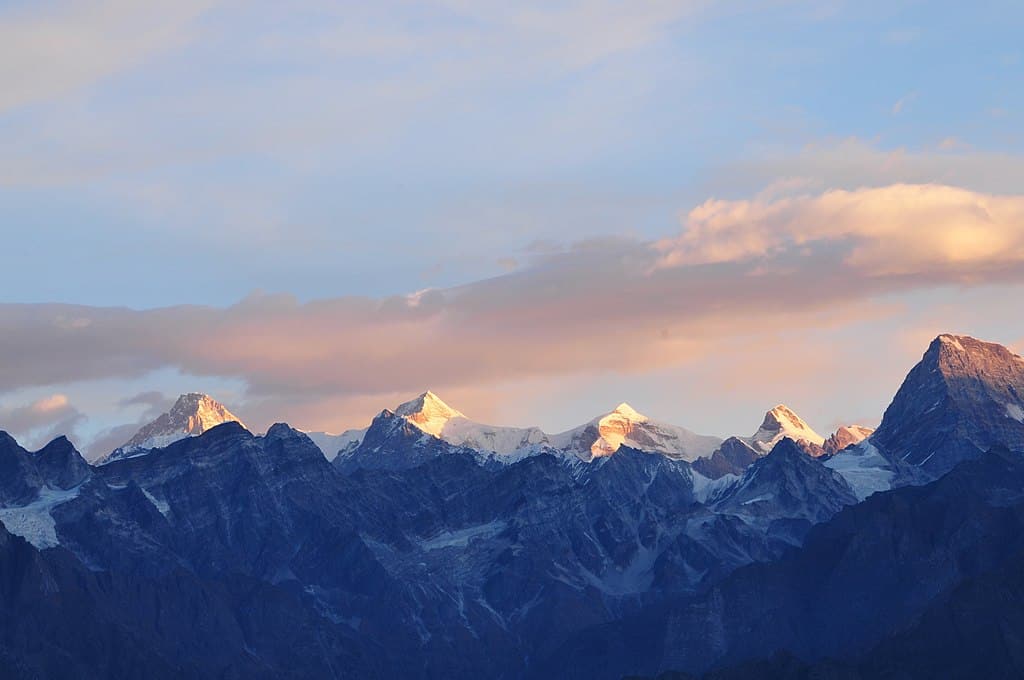 Kamet is the third-highest mountain in India, and it features a table-top summit with two peaks protruding. It’s located in the state of Uttarakhand and is the second-highest summit in the whole of the Garhwal Himalayas.

It was first climbed back in 1931, and the surrounding area is particularly scenic thanks to the range of glaciers and lakes that can be found there. 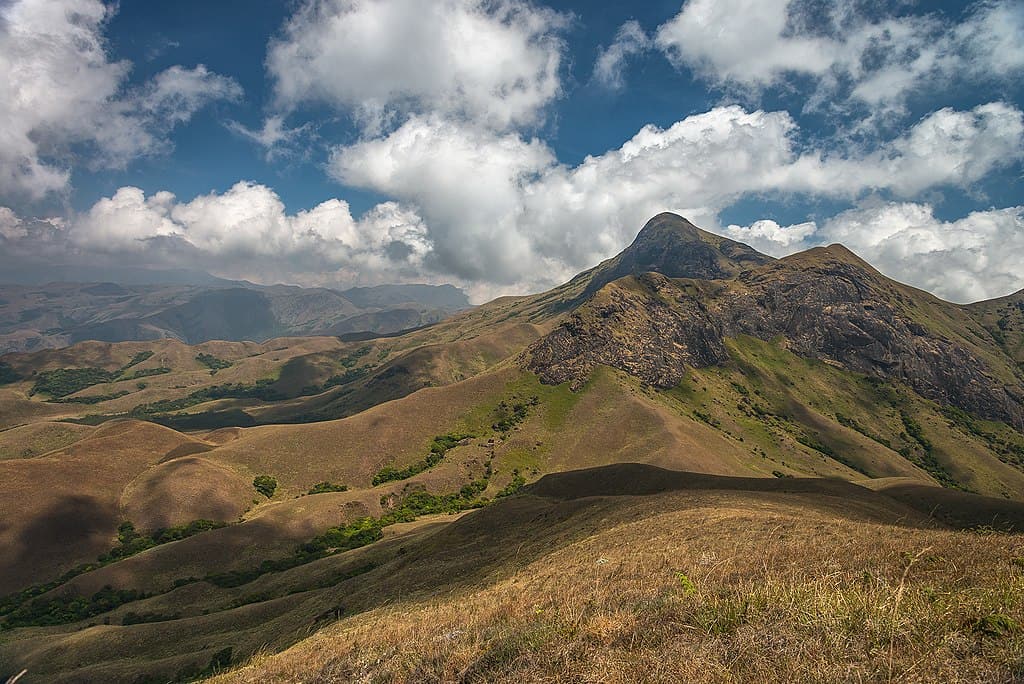 We’re taking a break from the tallest mountains in India now to bring you Anamudi, located in the state of Kerala. Although Kerala is known mainly for its beaches and backwaters, with a height of 2,479 meters, Anamdui is by no means small, and it’s actually the tallest mountain in peninsular India.

The luscious forests and flowing rivers found throughout the area make it an extremely popular mountain for trekkers keen to mix up their mountain views, and you’ll find countless species of birds in the area. The name Anamdui translates to ‘elephant’s head’ and, once you’ve seen the shape of the mountain, you’ll understand why.

At 7,672 meters, the Saser Kangri I is the tallest of six mountains referred to collectively as the Saser Kangri massif. It’s also the 35th tallest mountain in the world and is located in Ladakh, a union territory in the Republic of India.

Despite its height, it was first climbed in the 1970s, long before the second-tallest peak in the massif was climbed (Saser Kangri II East in 2011). 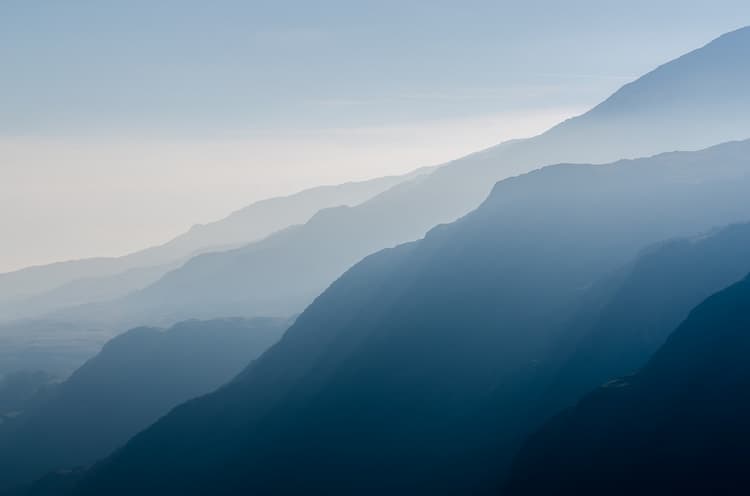 Located in the State of Mizoram, at 2,157 meters tall, the Phawngpui is the highest peak in the Lushai Hills. Phawngpui is also commonly known as the ‘Blue Mountain’ and is the focus of many local folklore stories.

Perhaps this is unsurprising considering the somewhat magical views from the mountainside – looking down on the misty mountains overlooking the Chhimtuipui River is something you’re unlikely to forget in a hurry. It sits within the boundaries of the Phawngpui National Park, and visits are only permitted throughout half of the year (November-April).

Arguably the most beautiful of the mountains on our list is Siniolchu. This majestic snowy mountain reaches a peak of 6,888 meters, making it one of the tallest mountains in the state of Sikkim. 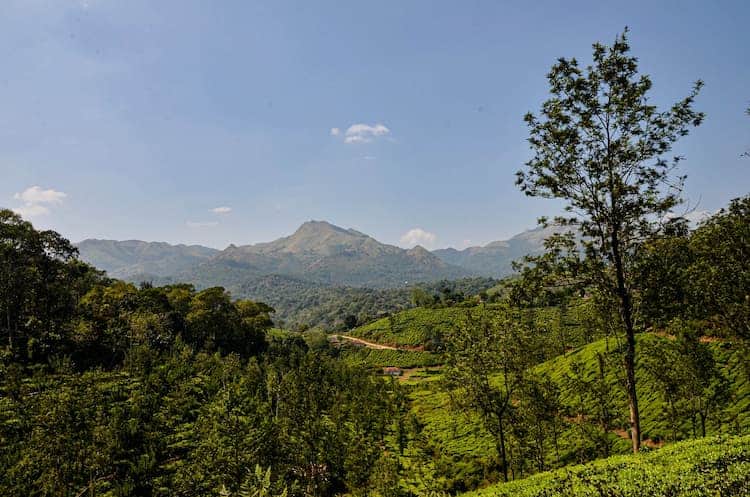 Here we have another mountain located in the sleepy state of Kerala. At 2,100 meters tall, this mountain is the tallest in the Wayanad Hills. With tea plantations surrounding the base, lakes winding their way around the mountainside, and luscious grassland in abundance, it’s not surprising that this is a popular mountain for holiday goers keen to get their hike on.

Rimo I is the 71st highest mountain in the world and can be found in the eastern Karakoram. As the Karakoram mountain range crosses the borders of China, India, and Pakistan, this mountain is less visited than you might expect due to political clashes between these countries, giving it a somewhat mysterious vibe.

And last, but by no means least, on our list of the best mountains in India is Jongsong. Located just 20 km away from Kangchenjunga (India’s tallest mountain), this mountain is often overlooked. However, it remains the 57th tallest peak in the world and is uniquely placed on the tripoint of Nepal, India, and China.

So, there you have it, our list of the finest peaks that India has to offer. Remember, many of India’s best mountains lie within the borders of national parks or protected areas, so, if you’re planning a trek in India, make sure you check in advance whether you’ll need a permit. You’ll also need to check in with local weather reports and make sure you pick your timings carefully to avoid any heavy weather high up!