Snorkeling in the best sites in Palawan

Palawan is at the top of the list in the must-see places in the Philippines. This group of islands in Southern Luzon is approximately an hour away via plane from Manila. With pristine beaches and crystal clear blue waters with a backdrop of limestone cliffs and breathtaking sunsets, Palawan is also one of the best places to snorkel in the Philippines.

But it’s not that simple. Palawan is made up of 23 municipalities. Some of them have beachfront to boast about. Some are inland surrounded by lush jungle. Much of Palawan is also uninhabited though still accessible via boat rides. There are small towns on the rise for tourism, but accessibility is still quite difficult. If you’re headed to Palawan anytime soon, there are three areas you will likely end up in: Puerto Princesa, the province’s capital city, El Nido, and Coron.

Every Palawan destination is a memorable one. If you’re in search of unique water activities, then you’ll never run out of things to do. But with thriving marine life and clear waters to see them, snorkeling in some of the best sites around the province is something you can’t avoid.

The Best Snorkeling Sites in Palawan 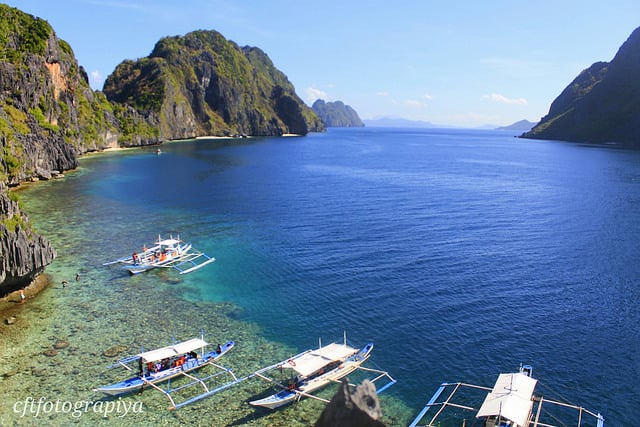 Matinloc Island has 100 meters of white sand with a busy and thriving scene just a few meters from the shore. The corals are very healthy and the water is very blue. Snorkeling in Matinloc is often described as being in an aquarium; just imagine being surrounded by fish in crystal clear water. There are corals right by the shore but also goes farther into deeper water.

Pro Top: Check out this post if you are looking for a great El Nido Itinerary. 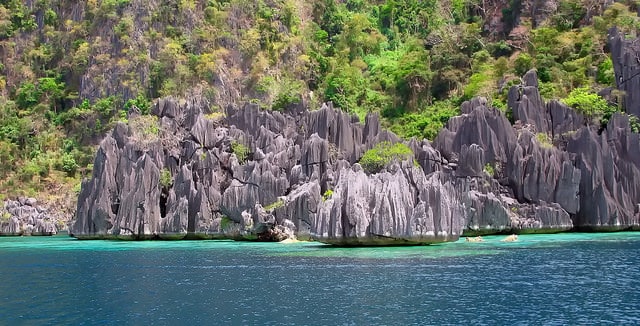 Photo by Ray in Manila on Foter.com / CC BY

Siete Pecados or “Seven Sins” is a group of seven small islets in Coron. Coming here with a local guide is a must because not all islands have thriving reefs to explore. When you find them, however, you’ll swim through schools of fish and over colorful corals. It’s the nearest snorkeling spot from Coron Town and can get very crowded during summer. Fish feeding is strictly prohibited. 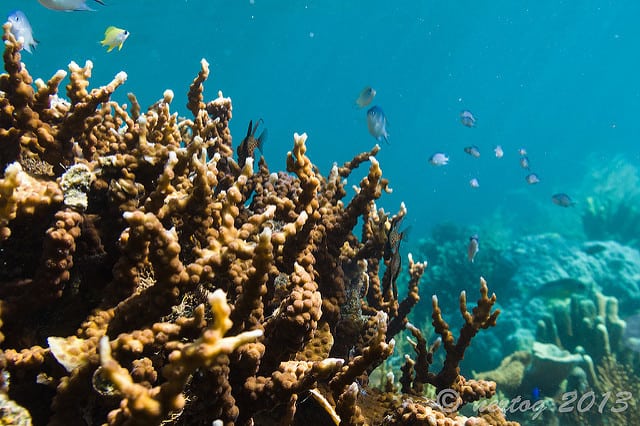 Photo by nertog – Walk With Me on Foter.com / CC BY-NC-ND

Another must-visit site in Palawan is the Coral Garden in Coron. This marine sanctuary is regulated with only a limited number of boats allowed at a time. A minimal fee is also charged every time you enter the sanctuary. The corals are alive and plentiful with schools of fish constantly on the move. The water is also very rich in minerals in this area so you will notice a slight haze in the water. The variety of marine species are impressive, but this is where snorkelers will find a lot of clown fish housed in their anemone.

Another contender from Coron is the Skeleton Wreck. The sunken Japanese WWII gunboat can be seen just 5 meters below the surface. Floating in the surface gives you a view of the wreck’s tip and the schools of fish that have made a home in the natural reef that grew on the wreck. Stronger swimmers can dive to the wreck and go through gaping holes and large windows. The entire wreck has become a reef in itself. Fish feeding is allowed here as well, which enhances the overall experience. 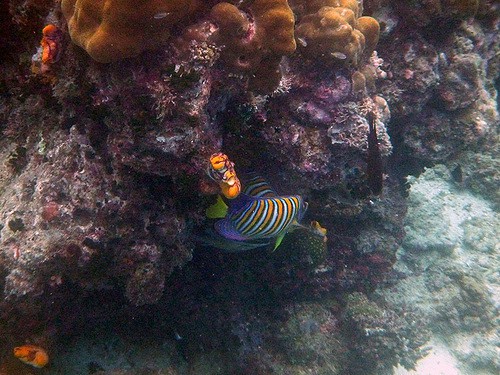 Tapiutan Island is part of “Tour C” in the standardized tours you will get in El Nido. As with every site in El Nido, the reefs are colorful and thriving. As a bonus, Tapiutan Island is the most remote island in the bay so there is less human intervention in this area. However, “Tour C” is also one of the most popular packages in El Nido, so expect a lot of tourists during peak season. 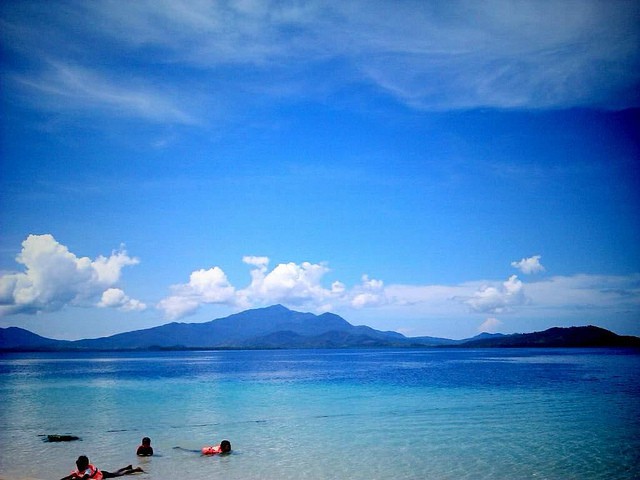 Photo by kamalayan on Foter.com / CC BY

Puerto Princesa is technically inland, but all island hopping tours around nearby Honda Bay is taken from the capital city. One destination is Snake Island. Don’t worry, this place is not infested with snakes. It is named as such because of the elongated shape of the island. This is less popular than the private Pandan Island but has more living corals. The water around the island drops to the blue, which means bigger fish. The reefs and corals in Puerto Princesa aren’t as thriving and lush as the ones in Coron or El Nido. However, if a trip to Puerto Princesa is inevitable, then Snake Island is a worthwhile trip.

Palawan is a favorite among locals and tourists alike. The crystal blue waters and white sand beaches are very hard to beat. It’s a great destination for travelers on every budget as there are options for everyone. As with all popular destinations, the seascape around Palawan is beginning to show signs of too much human intervention. Fortunately, government officials in Palawan are well aware of the importance of these delicate reefs. Many sites are now marine sanctuaries. Some, especially in Coron, are closed to human activity to allow the reef to replenish itself. Airport security is also very strict about taking anything from the sea. Tourists are fond of taking sand or shells as souvenirs, which is strictly prohibited.

Wherever you decide as home base, Palawan and the raw beauty of nature will surely take your breath away.

Best Places To Stay In Palawan

Things To Do In Boracay

Things To Do In Coron