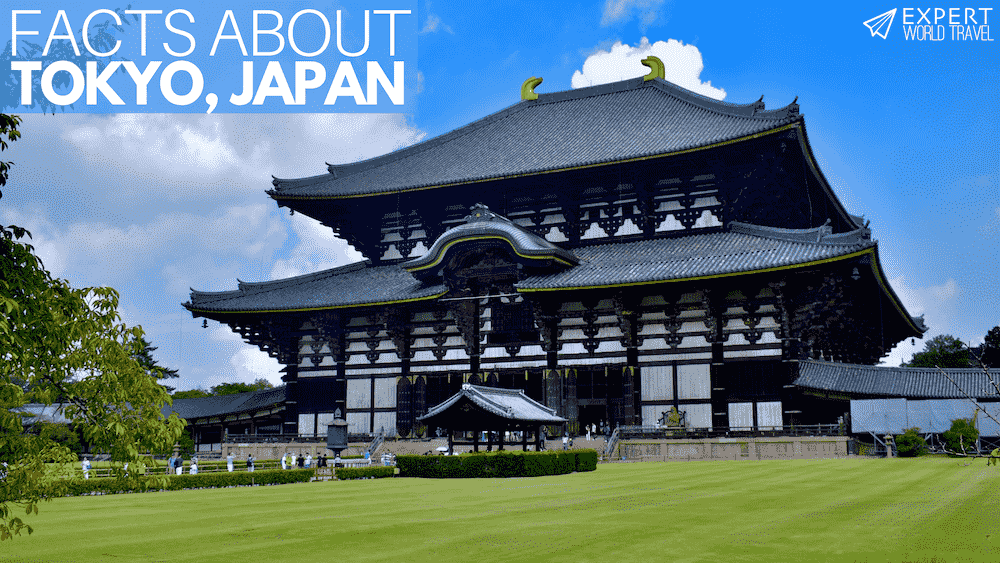 As the world’s most populous city, Tokyo has a long litany of other superlatives. Trillions of neon lights at night, a view of Mt. Fiji on a clear day, and a seemingly unlimited choice of cultural attractions, exclusive dining, and shopping draw millions of eager travelers each year. These 15 facts about Tokyo will have you packing for the crown jewel of the island country in East Asia.

It’s hard to believe, but the huge city of Tokyo was once a small village named Edo founded in 1603. The population of Edo reached one million by the mid-18th century. In 1890, the name was changed to Tokyo which translates to “Eastern Capital” after it became the imperial capital of Japan.

Despite its size, Tokyo is one of the world’s safest cities.

Surprisingly, Tokyo is one of the safest cities to travel to and crimes against tourists are rare. The city has one of the world’s lowest crime rates for a major city. Many travelers have reported that lost items like wallets are often turned in at the nearest convenience store. Residents of Tokyo also enjoy a low crime rate. You’ll see them sleeping on the trains with their phones visible to everyone.

Neon lights make Tokyo one of the most visually striking cities in the world.

After the sun sets, the city of Tokyo becomes a breathtaking neon light show. Signs on buildings, restaurants and shops display an array of colorful lights and adverts. The most spectacular show of neon lights can be seen around Shibuya Crossing and Hinjuka in the Kabukicho area. 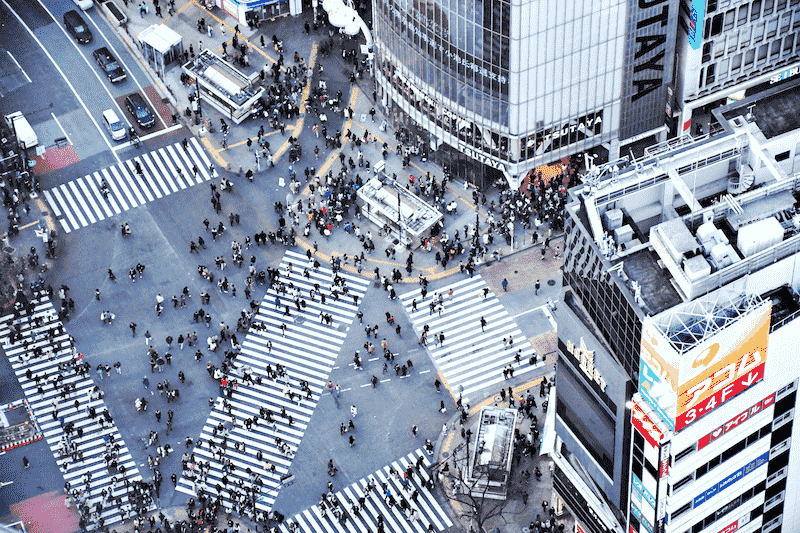 At Shibuya Crossing about 2,500 pedestrians cross the street each time the light turns green. Because they all cross the street at the same time, the sight is described as being similar to marbles spilling out of a box.

Shinjuku is the largest and busiest railway in the world.

An average of 3.5 million commuters pass through the Shinjuku Station daily. Workers called Oshiya, or “Pushers” are hired to actually push thousands upon thousands of passengers aboard the trains during rush hours. At first, the workers, called “passenger arrangement staff,” were mostly students, These days, part-time workers fill these roles during rush hours.

Tokyo is the vending machine capital of the world.

Vending machines in Tokyo sell just about everything and are available at a distance of about every 12 meters. There is one vending machine for every 23 people living in Tokyo. You can buy clothing, candy, cold drinks, hamburgers…the list goes on and on.

Tokyo was one of the first cities in the world to offer capsule hotels.

An unusual type of hotel developed in Japan, capsule hotels have a large number of tiny “rooms” for cheap overnight accommodation for guests who basically just need a place to crash for the night and don’t need all of the services of a conventional hotel. The capsules are plastic tubes built into the wall with shelves and power plugs. They often include Wi-Fi and a TV.

Mt. Takao is the most visited mountain on the planet. 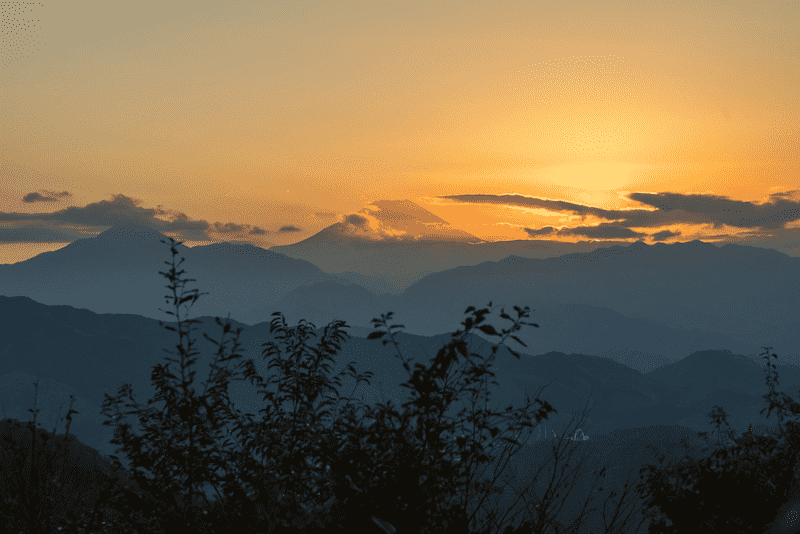 Located in the district of Hachiōji Mount Takao gets around 2.6 million visitors a year. The summit is loved for its natural beauty and spectacular thousand-mile views. Climbers and hikers are rewarded with a mountaintop shop and bar.

You can stay in the world’s most expensive hotel room in Tokyo.

Those with the money to splurge can skip the capsule hotels and check into a mega-suite at Tokyo’s Ritz Carlton. Designed by Frank Nicholson, the room features Frette linens, custom furnishings, and a dining room that seats 16 guests. You’ll “only” pay around USD $20,000 per night.

Travelers in Tokyo can dine at a pet-themed cafe.

The recent trend for pet-themed cafes came about when landlords stopped letting tenants in tiny apartments keep pets. Cat cafes are the most popular and serve as a home for cats that can be petted by diners who are cat lovers. There are other cafes for animals included hedgehogs, rabbits, and even snakes. The trend has been catching on in other parts of Japan and around the world.

Foreigners can shop tax-free in Tokyo.

Travelers from other countries can enjoy tax-free shopping in Tokyo at licensed stores for purchases over 5,000 yen which is a little over USD $48. A passport is required. This helps to make Tokyo one of the world’s best shopping destinations. Shoppers can head to Ginza, a world-famous shopping center for international brands like Cartier, Chanel, and Bulgari.

Tokyo has the most top-rated restaurants.

With at least 14 Michelin-starred restaurants, Tokyo surpasses even Paris for the world’s most acclaimed and expensive restaurants. Dining at Aragawa, a steak restaurant in an office tower in the Shinbashi district, is a good item to put on your bucket list. The Charcoal-broiled Sandra Beefsteak, the restaurant’s signature dish, is said to be one of the world’s best steaks. Plan to pay about USD $800 for a meal for two.

Tokyo has its own Eiffel Tower. 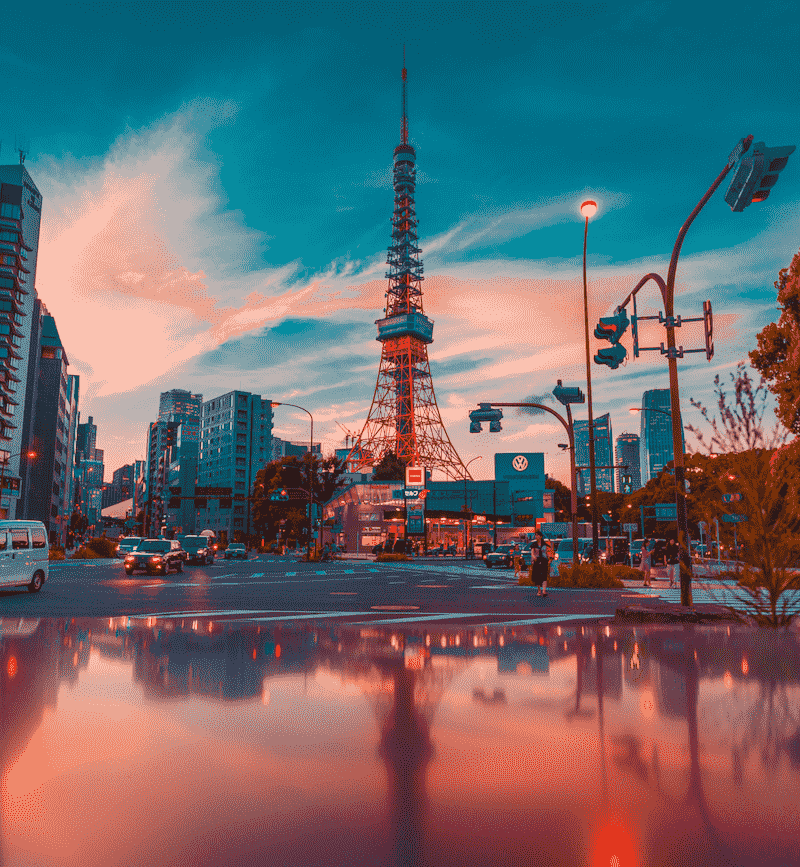 Tokyo Tower, a communications and observation tower has a design inspired by the Eiffel Tower. Completed in 1958, the tower is 13 meters taller than its inspiration but thanks to modern materials used in construction, it’s about half the weight. Find the Tokyo Tower in the Shiba-Koen district of Minato Ward. Visitors can go to the top for breathtaking views.

Tokyo Skytree is one of the world’s tallest buildings.

At a height of 634 meters, Skytree is the tallest building in Japan and one of the tallest in the world. Located in Sumida, it features several department stores and an observation center.

The first Disneyland Park outside the USA is in Tokyo.

Feel the magic of Disney with a Tokyo twist at the first Disneyland theme park on foreign soil. The 114-acre park opened on April 15, 1983, and employs more than 20,000 people. Comprised of two parks, Tokyo Disneyland and Tokyo DisneySea, it has cheaper prices than its American counterparts.