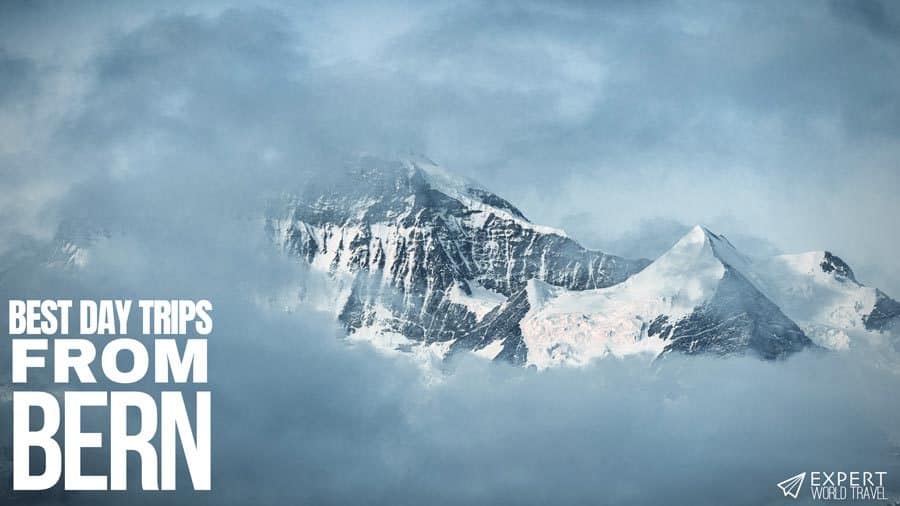 The city of Bern is the capital of Switzerland and lies among Alpine areas filled with lakes, rivers and mountains well worth seeing. There are

There are many historical sites within the city and many outdoor pursuits in and around it. Day trips from Bern are possible by car, train, and boat, although you have to take a car or train to get to the boat. 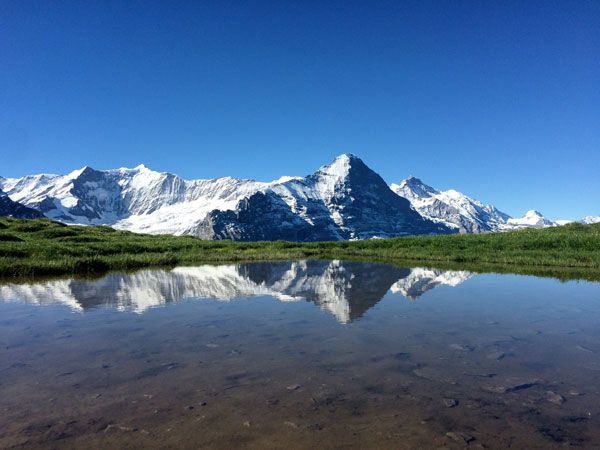 Just above Grindelwald, less than an hour’s drive from Bern, the First Flieger Ziprider at Grindelwald-First will wake you up, ready or not. This ride is a bit like a zip-line on a seat and you’re strapped in securely. The ride goes 800 meters, or about 875 yards, or almost three football fields, down the mountain while riders enjoy the scenery. At a speed of 84km, or 52mph, it must be very invigorating, to put it mildly. Maybe there is more gripping than viewing.

Trains leave from Bern five times a day and take about an hour and a half to get to Grindelwald. There is another 10-minute ride to First, which is near the zip-line. The whole zip-line ride is about a minute long, but you can always stay for dinner in Grindelwald and then go back.

Grindelwald is a ski resort, too, and visitors stay to check out the Eiger, Monch and Jungfrau peaks of the Alps here. One of the most visited places in Switzerland is actually right in the heart of these mountains: the Jungfraujoch – Top of Europe.

You catch the train (or connecting train) from Grindelwald and then gradually but steadily wind your way up to 3454 meters (11300ft). Quite a height. The train is quite insane actually, as it goes right through the heart of the Eiger and drops you right in the middle of the mountains. There is a restaurant, viewing platform (where you can see the equally insane view to the Aletsch glacier – 14 miles long, and the longest in the alps).

Other great places to visit in the area include Lauterbrunnen,  and Murren. 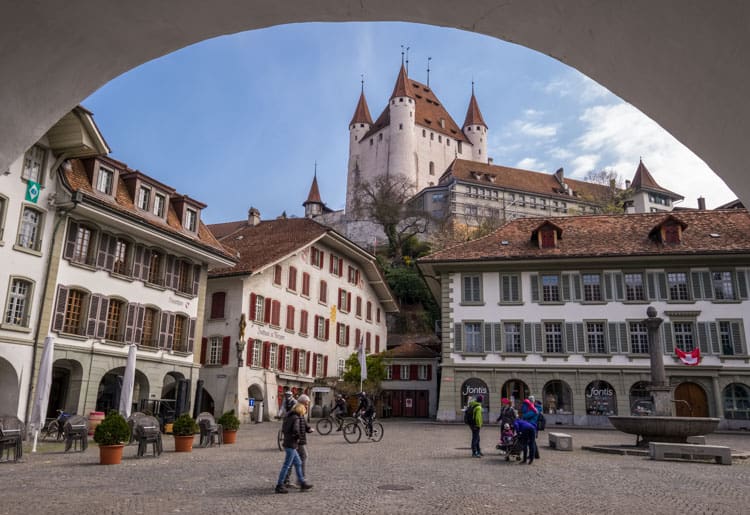 Schloss Thun, or Castle Thun, less than an hour ride southeast of Bern, is an educational and historical example of a donjon of the Middle Ages. Built in 1200, it has five floors, a cellar, and turrets, all of which are open for viewing. Each floor has information and items reflective of life in this time period. Kids ages 6-12 years of age can don costumes and reenact events of the time, too. The view from the turrets is well worth the trip given the setting of Thun and its lake.

Image by enriquelopezgarre from Pixabay

Travelers may wish to return to Bern after seeing the castle, but there is more to be seen at some point in the visit. Lake Thun is a large, very blue lake west of Interlaken, and cruising along on the water provides views of the Bernese Oberland Mountains. Romantic snow-capped mountains are visible most, if not all, times of the year. There is some kind of eatery on board, and most rides are about two hours.

A train ride from Bern to Interlaken takes about 45 minutes and costs about €22. A car ride would be a few minutes less, at best, and parking may not be convenient. The boat docks are right beside the railway station of Interlaken West, so a train ride may be easier.

Lake Brienz, another of Interlaken’s lakes, is just to the east of Interlaken and also has boat cruises. By taking a train to Interlaken, visitors can enjoy a 75-minute boat ride to Brienz and travel back to Bern on the train from there. Boats on this lake have either restaurants or bistros, and there are first and second class sections with first class on the upper deck. Either way, you’re floating and sightseeing in one of the most scenic areas of the world. Interlaken also has paragliding for those who want to “do” things. Paragliding would certainly provide unforgettable views.

Interlaken also has paragliding for those who want to “do” things. Paragliding would certainly provide unforgettable views. 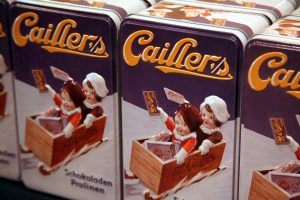 After all of that activity, a chocolate break is probably needed!

It’s almost impossible to not check out the chocolate in Switzerland, and seeing the Callier Chocolate factory is a great way to get loads of free samples. Founded in 1819, these people know what they’re doing. Aztec chocolate is the basis of their products. Naturally, it has a cafe with chocolate treats as well. Children have free admission if they are with adults.

It is 63 km, or 39 miles away, and the aroma alone is reason enough to go. Trains leave Bern hourly and take 1 hour 15 minutes to get to the stop just outside the factory. 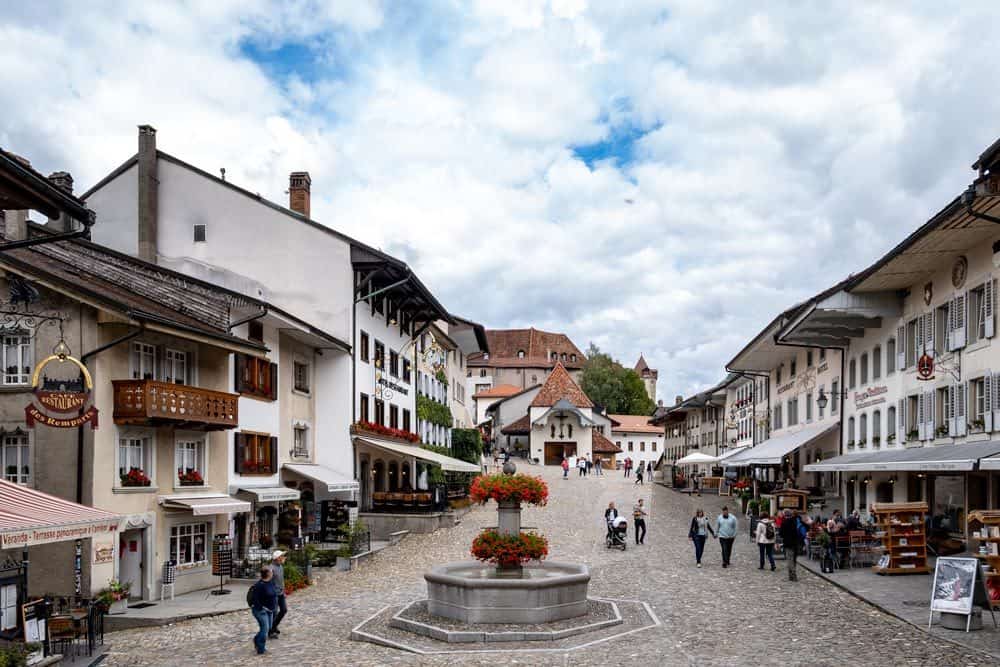 The main street of Gruyeres

If you want to do a full day outing to the chocolate factory, you can also visit Gruyere, home of the cheese. It’s like a travel dream come true, chocolate and cheese, all in one day.

La Maison du Gruyere is a cheese factory and a fondue restaurant, conveniently. This site also has a small market so visitors can take some cheese with them. Something I wholeheartedly recommend! Adult admission is €6.67 and the family rate is €11.43.

The cheese factory is also just downhill from Gruyere and the Gruyere chateau, with its manicured landscape and surroundings. There is also the somewhat crazy Giger Museum and the bar opposite. A little dark and morbid for some people’s taste, but if you liked Aliens (the movie) it is worth checking out, even if you only have a drink in the bar.

The chocolate-cheese trip may be easier by car as Gruyere is a bit harder to get to. By train, go from Bern to Bulle, and switch trains for a short hop to Gruyere. 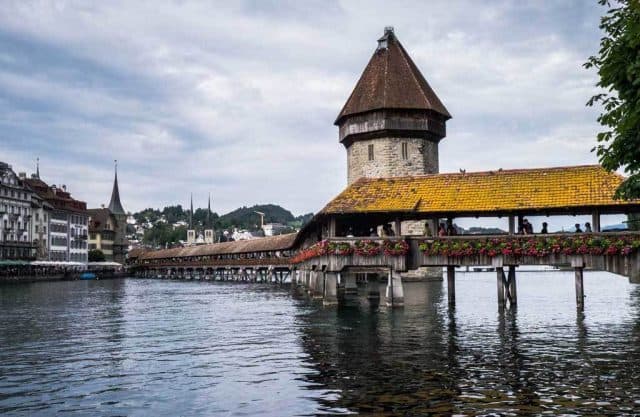 Lucerne is a good day trip as it’s only of 41 miles/65km from Bern, so quite close really. There are a lot of trains between the two cities (31 per day to be exact), and the travel time is about an hour. Lucerne has a boatload of historical sites that are centuries old and well preserved, as well as a few modern attractions.

Here are some things worth visiting in Lucerne:

There are also a lot of day trips you can do from Lucerne itself, so you may want to consider including one of those while you are in town.

Biel/Bienne, Right On The Lake

Biel/Bienne is 16 miles northwest of Bern and a significant mix of German and French cultures. Biel is the German name, Bienne is the French name, and the two names have been combined for more than a decade. German speakers make up about 55% of the population and French about 28%. Sitting at the foot of the Jura Mountains, this city has more wonderful scenery, and Lake Biel lends more charm.

This lake, nine miles by 2.5 miles, lies along the southern edge of the city. Inhabited since the Neolithic era, there is more history than humans can take in on one visit.

And for watch lovers and collectors, the Rolex and Swatch watch company’s headquarters are here too. Unfortunately, it is hard to get a tour of their factories, but there is a full day watch tour of many manufacturers that starts in Biel.

If you happen to have a car, or want to rent one and enjoy the stunning alpine scenery, there is really no better place than the passes in the Swiss alps. I have collected 7 of the most stunning alpine pass roads, and some of them are quite close to Bern. For example, the Grimsel is not far from Interlaken and Meiringen, and the Brunigpass is a great way to get from Lucerne to Interlaken (by train or car).

Or, if you are heading from Bern to somewhere else, you can go out of your way and head to places like the Furka Pass or the Gotthard.

This entire area of Switzerland is like a travel brochure. Mountains, lakes and rivers provide almost nonstop beauty. Land in Bern and get started.