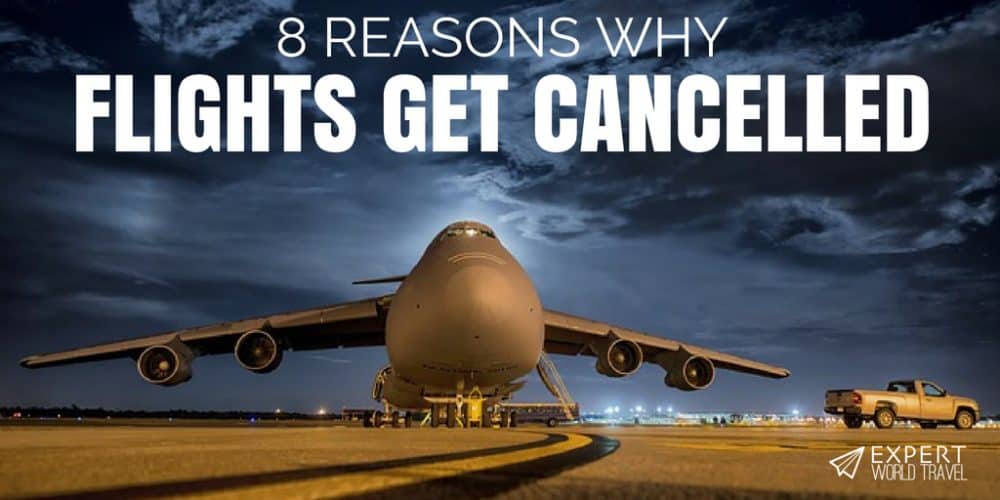 9 Reasons Why Flights Get Cancelled (Including Some Surprises)

You’ve been planning for weeks, you’re ready for your next big trip, and the worst happens: your flight gets cancelled. It’s one of the most frustrating things to experience for any traveler. It doesn’t happen all the time, thankfully. However, there are many reasons why flights get cancelled. When this happens, airlines usually give some kind of compensation, refund, or incentive. It’s not the best thing, but flight cancellations will only ever happen for the good of the passengers.

It’s always better to be prepared, so here are the 10 most common reasons why flights get cancelled (or delayed, at the least).

Table Of Contents Show All
1. Security
2. Bad Weather
3. Crew Out of Time
4. Lack of Passengers
5. Lack of Aircraft Or Space
6. Lack Of Crew Or Pilot
7. Pilot Unfit to Fly
8. Mechanical Or Issues
9. Computer Glitches
What to do with a cancelled flight?
Pin It For Later!

Security reasons vary from the mundane to the critical. Airlines have also heightened a lot of their security measures due to the many incidents in the more recent past.

Delays could happen in various ways:

It may be very inconvenient, but a security is one of the most important reasons for a flight cancellation. 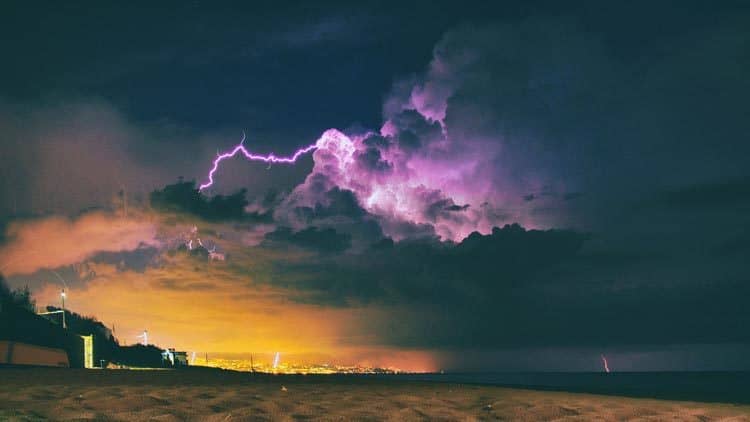 Weather conditions are one of the most common reasons for flight cancellations. It’s all well and good when it’s sunny and dry, but strong rains, winds and snow can keep the planes on the ground for long periods.

Even when it’s bright and sunny where you are, the weather conditions at your destination will also determine if your flight will proceed as planned.

When there’s a storm brewing, it’s always best to check on your flight status. Airlines will not be penalized for delays or cancellations due to inclement weather.

I see this happen a lot, especially during stormy summers here in Europe. I had a flight delayed out of Belgium just a few weeks ago. And, once, when coming back via Munich from the States, the flight (and many others) were cancelled due to the current weather. Honestly I am thankful not to be in some situations when the weather is bad.

This is one of the more frustrating cancellation reasons. Here’s how it goes: you sit in the departure area, you see your outbound commuter aircraft get re-scheduled later and later, then eventually it gets cancelled because the plane was too late.

Seems simple, right? But there’s also the factor of the cabin crew. They work at specific times and those delays eat up their shift hours. By the time they get to the destination, they’ve run out of time to make the flight back. This is not merely for their own convenience, but flying in high altitudes also take a toll on the crew’s health.

Flying a plane is expensive. Aside from the fuel and maintenance of the vehicle, there are several fees and other payments airlines have to make for the mere use of airports. While there have been exceptional cases of flights pushing through with barely any passengers, flights get cancelled if it’s not economical to make the flight. Those who were supposed to be on the flight get bumped off to other flights, usually with some form of compensation.

5. Lack of Aircraft Or Space

On the other hand, some airlines book so many people on a given flight even though they can’t really service all those passengers. It’s common for airlines to overbook flights in anticipation of last minute passenger cancellations and flight changes. However, when all passengers push through with their original plans, then flights get too overbooked and there’s simply no plane to service the flight. Other times, the aircraft meant to service the flight is under maintenance and no other aircraft is available to fill in.

6. Lack Of Crew Or Pilot

Just last week, Qantas in Australia was embarrassed while looking for a replacement pilot for a flight. It was all a matter of over-booking, lack of capacity in staff and a variety of factors. But in the end, the flight just made it out at the last minute.

However, when there are not enough staff to fly a plane, they do get cancelled. Last year Ryan air had an embarrassment themselves as their staff had not been taking enough vacation. So, they had to totally overhaul their flight plans for the year. A huge amount of people (400,000) were affected by cancellations as a result! 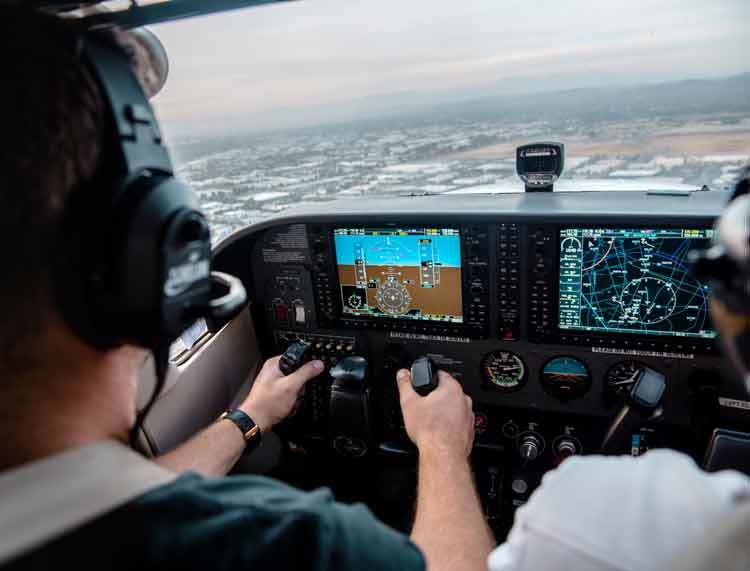 Flying planes is serious business. The pilot crew always consists of a pilot and a first officer, sometimes also a second officer. All three need to be in good flying condition to ensure the safety of the passengers and the crew on-board. When one of the pilots become “unfit to fly”, the flight won’t push through. There are reserve pilots on the ground, but if the plane is flying out of a location without a head office, the reserve pilots are sparse. There are many reasons for pilots to be considered “unfit to fly”. This could range from health reasons to physical injuries and mental health issues.

This can be broken down into a million different things. Anything remotely out of sync in the aircraft will be cause for either delay or cancellation. Aircraft are complex and sensitive and with the extreme conditions  they encounter in the air, every part of the plane needs to be in perfect condition. As a result, flights are often set back by warnings in the cockpit or anything found during maintenance or preparation.

I have been on a flight where the engine was found to be faulty and we had to wait while a replacement was prepared and brought in. Although it was annoying, better fly on a safe plane than one with a fault I say!

Making flights happen involves a complex network of operations on-ground, across different locations, and mid-flight. There may be nothing wrong with the plane itself, but there are several things that can go wrong in the on-ground operations and network. Possible connection issues, air traffic, scheduling, luggage, food and airport issues can all affect the flight. 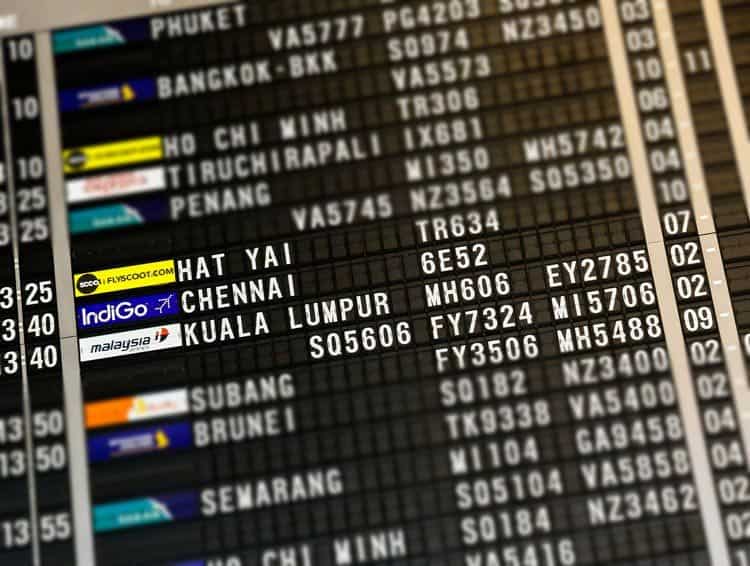 One of the most sensitive glitches are computer glitches. Flight patterns and schedules all depend on many computations and algorithms. Wherever you are in the world, a slight computer glitch in the system of the airline can affect your flight.

What to do with a cancelled flight?

First of all, airlines don’t want to cancel their flights as much as you do. They’re not out to get you or make your life worse. Cancelled flights are always for the safety of the passengers. Also, cancelling a couple of flights to fix glitches can also avoid cancelling a massive amount of flights later on.

The best thing to do is just to keep a cool head. Calling customer service will get your flight re-booked much faster than yelling at the gate. Also check for alternative flights in advance so you can advise the airline quickly and make the process go smoother.

At the end of the day, flights cancellations are not out of the ordinary. As long as you’re prepared for anything to happen, then you can just chalk it up to being part of your adventure! 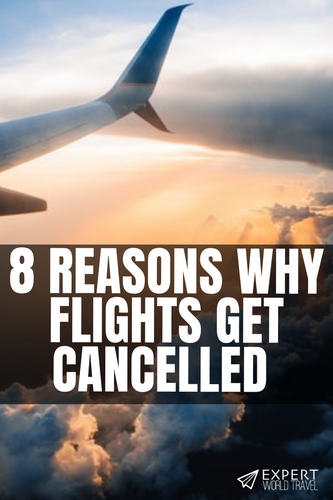